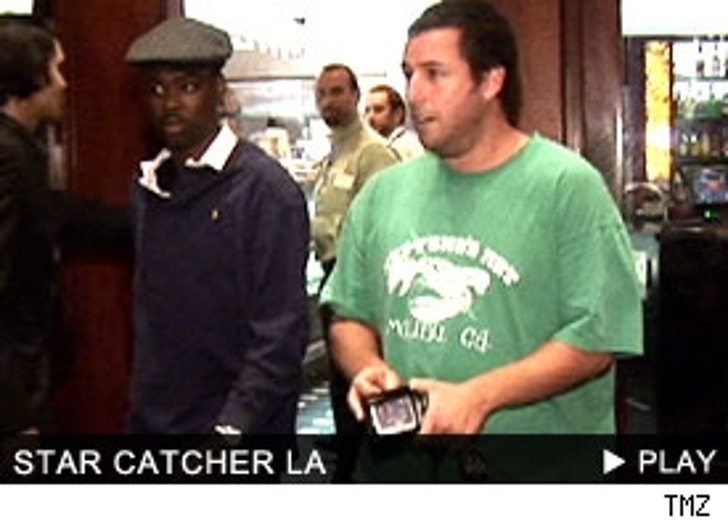 It was a busy weekend in LA as our cameras were out on the town to catch all the action.

We were outside late-night food stop Jerry's Famous Deli when we ran into two former SNLers doing a little bit of munching. Adam Sandler and his funny pal Chris Rock left the restaurant in true comic style, telling jokes and making people laugh.

Next stop for TMZ was the always hopping club Hyde, a hotspot that attracts tons of celebs.

All this and much more in this weekend version of Star Catcher...