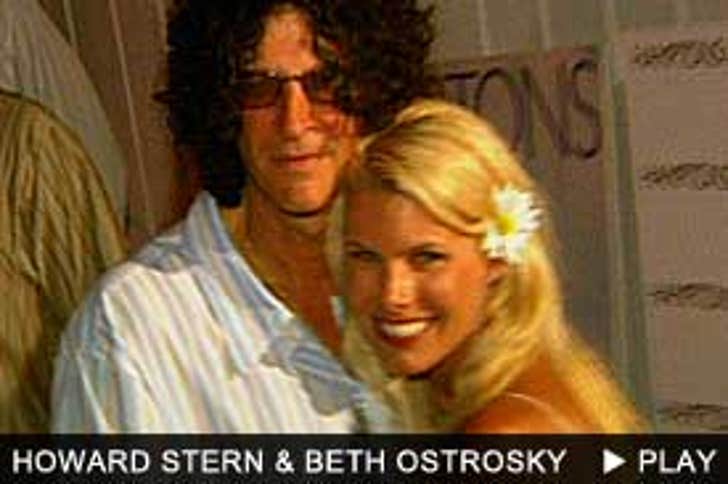 Howard Stern was partying with girlfriend Beth Ostrosky in the Hampton's to celebrate her 34th birthday and cover shot for Jason Binn's Hampton's Magazine.

The two began dating 6 years ago when, as Stern jokes, he saw her as a charity case. "I always felt bad for Beth because she's really homely and I took pity on her and went out with her," he teased.

Of course, not all the talk was about the happy couple, as Stern shot at media targets Britney Spears and Suri Cruise. In light of Britney's nude photos in Harper's Bazaar, the "King of All Media" had some choice words for the pop princess saying, "Right now my mother looks better in a pair of panties."

As for little Suri, let's just say Tom may need to get a paternity test in the near future, as Howard boasted, "Suri Cruise is actually Suri Stern Cruise."