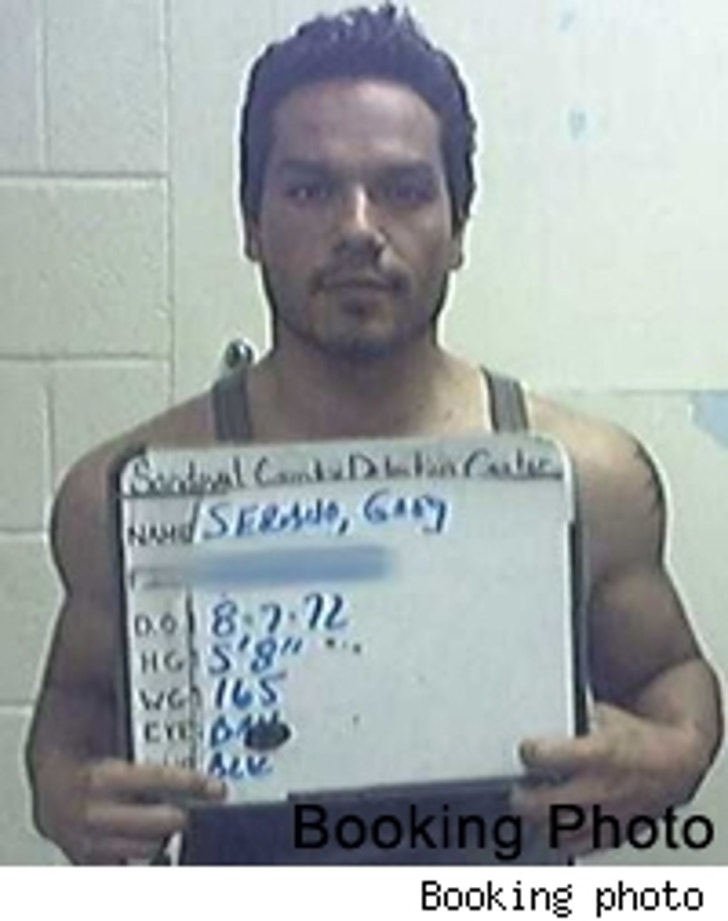 Greg Serano, one of the stars of the ABC Family show "Wildfire," is accused of assaulting his wife, Carmen, and her 15-year-old son during a dispute at the family's home in New Mexico.

Greg Serano faces two counts of battery against a household member, false imprisonment and obstructing an officer, according to a Rio Rancho police report.

Police responded to a domestic dispute call at the couple's home shortly after midnight on July 10, according to the police report. Greg Serano arrived home "very intoxicated" and began to argue with her after she called him a "moron," according to Carmen Serano's witness statement taken by police.

The statement goes on to say that Carmen punched Greg near his left eye after he grabbed her and would not allow her to leave a bedroom. He began to bleed from the punch and proceeded to smear blood from his eye area all over her face, her statement and the police report said.

According her 15-year-old son's witness statement, the son saw the blood on Carmen's face and thought that Greg had hit her. He then jumped on Greg's back -- and was thrown off and pushed onto a bed by Greg, according to the police report.

An arrest warrant was issued for Serano that night and he was arrested by Rio Rancho police on July 13.

Carmen Serano, through her publicist, released this statement to TMZ: "I want everyone to know that my husband and I are working through our marital issues through counseling, and the support of our friends and family. Greg and I are extremely committed to one another. We've had a good marriage for nine years and we will get through this together. We both love our fans and hope they will support us through this difficult time."