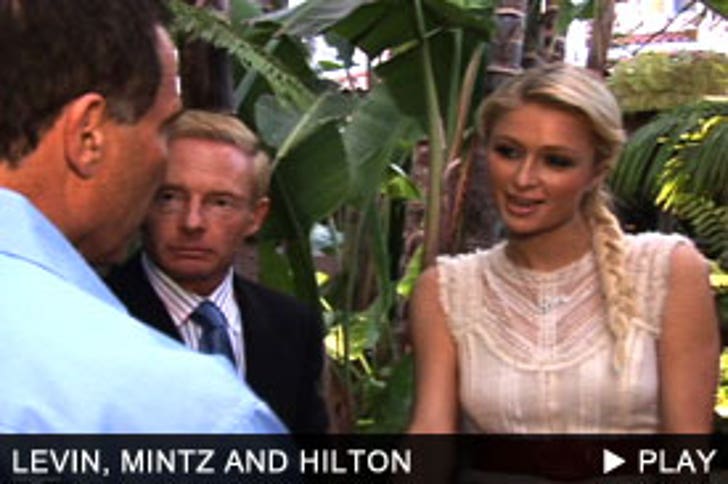 Paris Hilton has flaws -- lots of them. She has spoken ill of others, she is too deep into vanity for my taste, she arguably parties way too much, she's a really bad driver, and on and on. But does that mean she deserves to die?

I'm stunned by how many people react to Paris the way they react to Al Qaeda. By the way, TMZ has probably done it's share to make her life miserable. We put the Brandon Davis video out to the world, and the car crash, and the other car crash, and the dancing, and the PDA's, and... you get the point. But really? Comment #100? Calling her a "stupid, ugly slut." You can do better than that.

And # 76, calling her a "dumpster for semen." True, she made a sex tape. But honestly, so what? I can tell you this, Rick Soloman bought a $3.5 million house off that tape, but there's never been evidence that she got any money or had anything to do with releasing it. So she made a tape with some guy she was with, does that make her a whore?

I think there's lot of fair criticism in the Paris Hilton department. And she brings a lot of it on herself by creating the Paris marketing machine which, by the way, has been incredibly successful. But with success come lumps, and she deserves to take those lumps. But isn't there a difference between Paris Hilton and the shoe bomber? Just because they have shoes in common doesn't make them one.