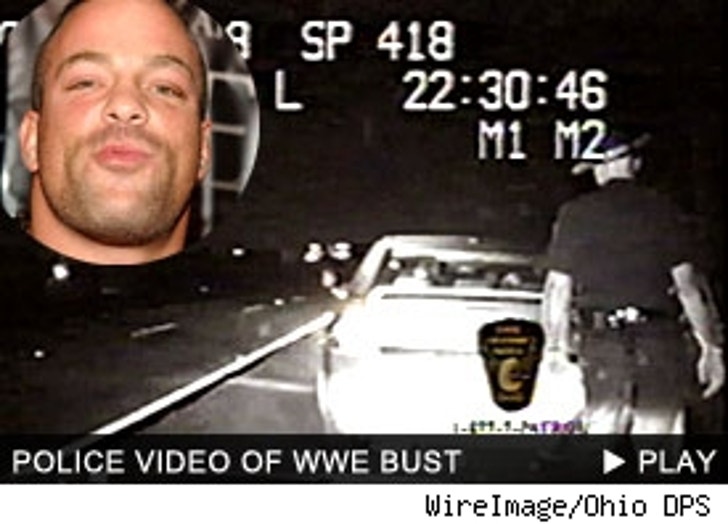 Trooper Baker pulled over the WWE star on July 2 for going 72 in a 55-mile-per-hour zone. Unfortunately for Van Dam -- whose real name is Robert Alex Szatowski -- Baker and his partner also smelled pot in the car, and slapped the wrestler with a misdemeanor citation for possessing marijuana and vicodin. Terry Michael Brunk, who goes by the wrestling name Sabu, was in the passenger seat of the car and also was cited. Brunk, who was wearing a cap picturing a marijuana leaf, admitted on the police tape that he had smoked dope before getting into the car.

When Van Dam tried to explain to the officer that he was on his way to a gig, the officer admitted "I don't follow wrestling." Later, Baker looked inside the driver's window and asked, "You always drive with your shirt off?"