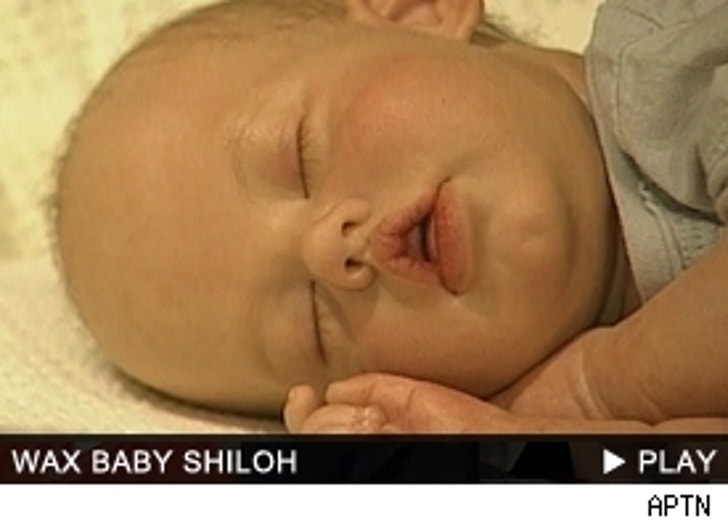 How on earth could an image of the darling daughter of Angelina and Brad be... creepy? Easy! Replicate her in silicone and put her on display in a wax museum.

Although the crowd at the Madame Tussaud's display cooed like it was a real infant, the sculpture of the baby is decidedly weird.

Shiloh's figure sits in a bassinet in a supposedly "African themed" nursery while her parents look on.

In keeping with the humanitarian efforts of the Pitt/Jolie clan, Tussaud's plans to donate a buck to UNICEF for every Shiloh photo taken at the exhibit.

While Shiloh is Jolie and Pitt's third child, the musuem's general manager says Madame Tussaud's has no immediate plans to include their two adopted children in the family exhibit. Maddox and Zaharah are expected to get over that snub pretty easily.