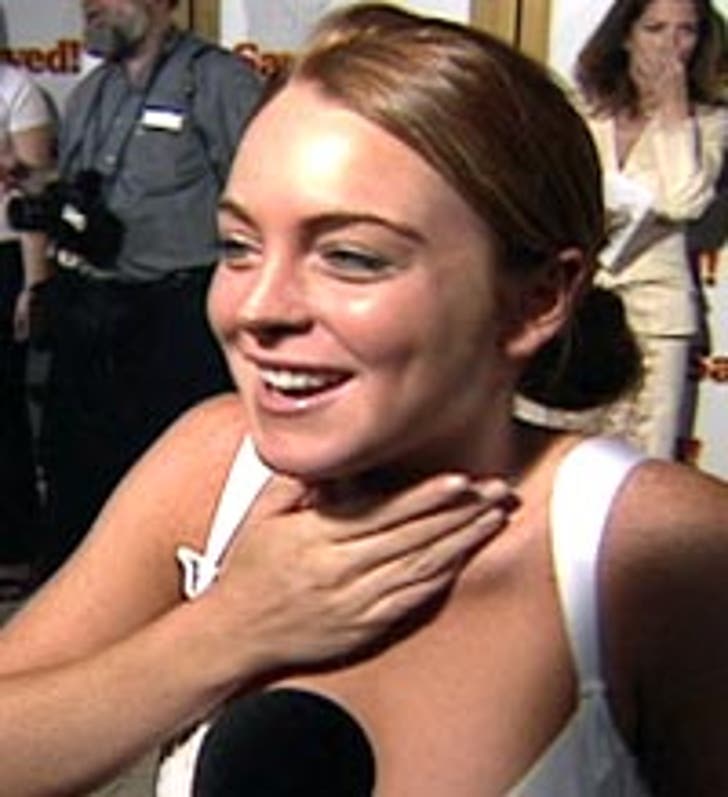 Late nights, lack of water and too much heat proved more than Lindsay Lohan could take.

TMZ has learned that Lindsay was taken yesterday by private car to a local hospital from the set of her new film "Georgia Rule."

Lohan's rep Leslie Sloane-Zelnick tells TMZ the starlet "got overheated and dehydrated" and received a vitamin B-12 shot and is now "totally fine" after a good night's sleep.

The temperature gauge reached a whopping 105° Tuesday in Los Angeles where Lohan is currently filming, which may have contributed to her illness. Another contributing factor could also be the actress' night owl lifestyle. TMZ saw her out and about Hollywood Monday night.

Whatever caused La Lohan's malady obviously wasn't serious; she was out again with beau Harry Morton Tuesday night, looking fantastic and living it up as only she can.