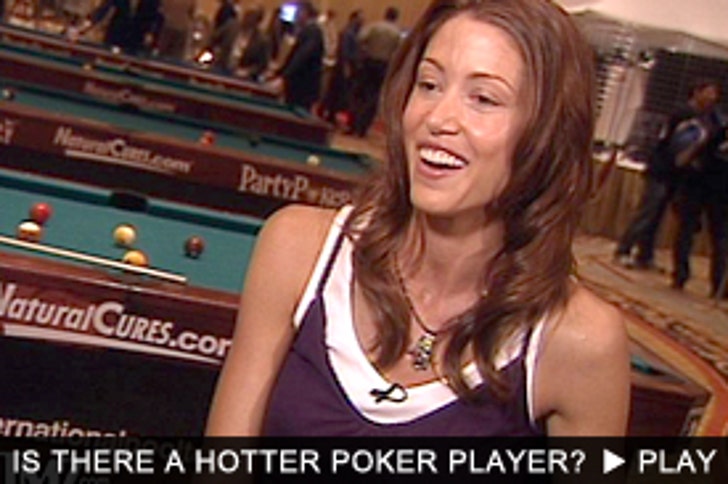 "American Pie" seductress Shannon Elizabeth isn't just playing poker because it's the new cool thing or because the cards are pretty. She's playing to win!

Elizabeth has been in Las Vegas for the past few weeks at the World Series of Poker. She says she first got into poker to help promote her charity. "Animal Avengers is my charity," she says. "I kept getting asked back to different things to raise money, and we always need money. So that's how I originally learned and I just got hooked."

She's playing nearly every day during the World Series, which she says is the best way to get better. "That's the only way to get better," she explains. "You just have to keep playing, seeing card combinations, so you know what to do in that situation. I can read as many books as I want, but you need table time."