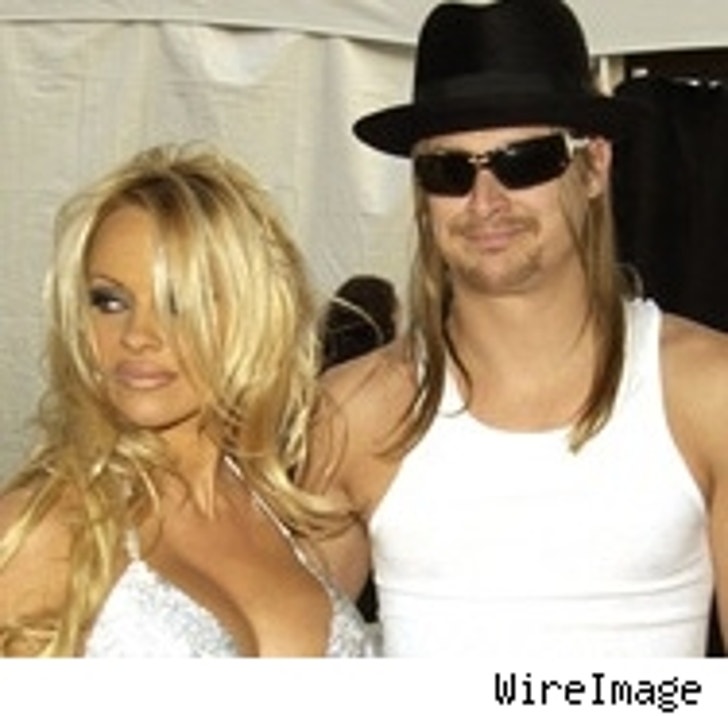 Pamela Anderson and Kid Rock tied the knot Saturday on a yacht in St. Tropez, and Pam, unsurprisingly, was no blushing bride – she wore a white string bikini as she walked down the aisle.

The pair have been on-again, off-again lovers, but this time, they've made it official -- or did they?

For her second wedding (her union to Tommy Lee ended in 1998), Pam wore a white string bikini and Jimmy Choos to say her vows, People reports. A guest says that Pamela "was the most beautiful bride I've ever seen – like a modern-day Brigitte Bardot."

"It was a real rock n' roll wedding," Elton John's husband David Furnish added. But there's some question, according to reports, whether or not the marriage will be officially recognized as there is a one-month residency requirement for getting legally hitched in St. Tropez. Well, not to worry: Pam and Kid, who's never been married before, have said that they're planning several more weddings for themselves in the near future, in Malibu, Detroit, and Nashville. 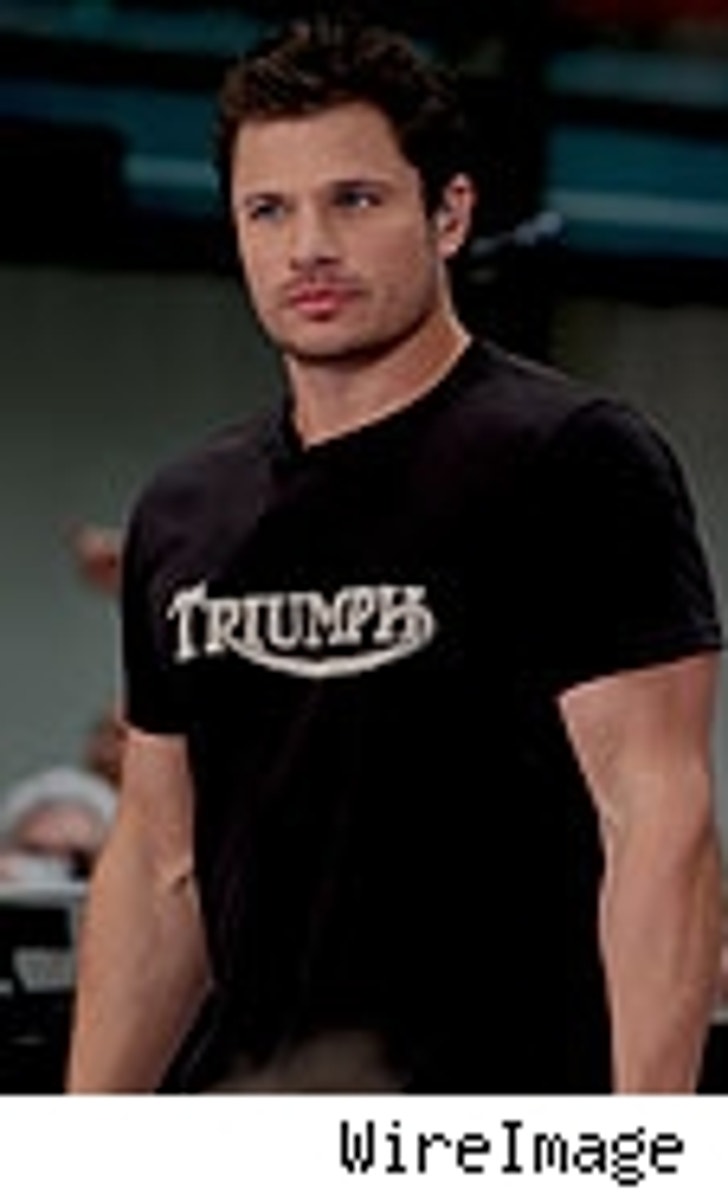 When an 18-year-old New Yorker tried to take a cameraphone photo of Nick Lachey the other night, the "What's Left of Me" crooner reportedly didn't like it one bit.

According to Page Six
, Lachey and the amateur photog, Younes Renak, got into it in the elevator of the Manhattan building where Lachey's girlfriend, TRL host Vanessa Minnillo, lives. Renak says that he was simply trying to take photos of Lachey with his cameraphone, while Lachey's reps counter that Renak had actually been harassing Lachey inside a nearby drugstore, then followed him into Minnillo's building. Lachey's lawyer, Mitch Schuster, says, "We believe it was a lot more than a young man trying to take a picture." Renak's lawyer says his client might sue. 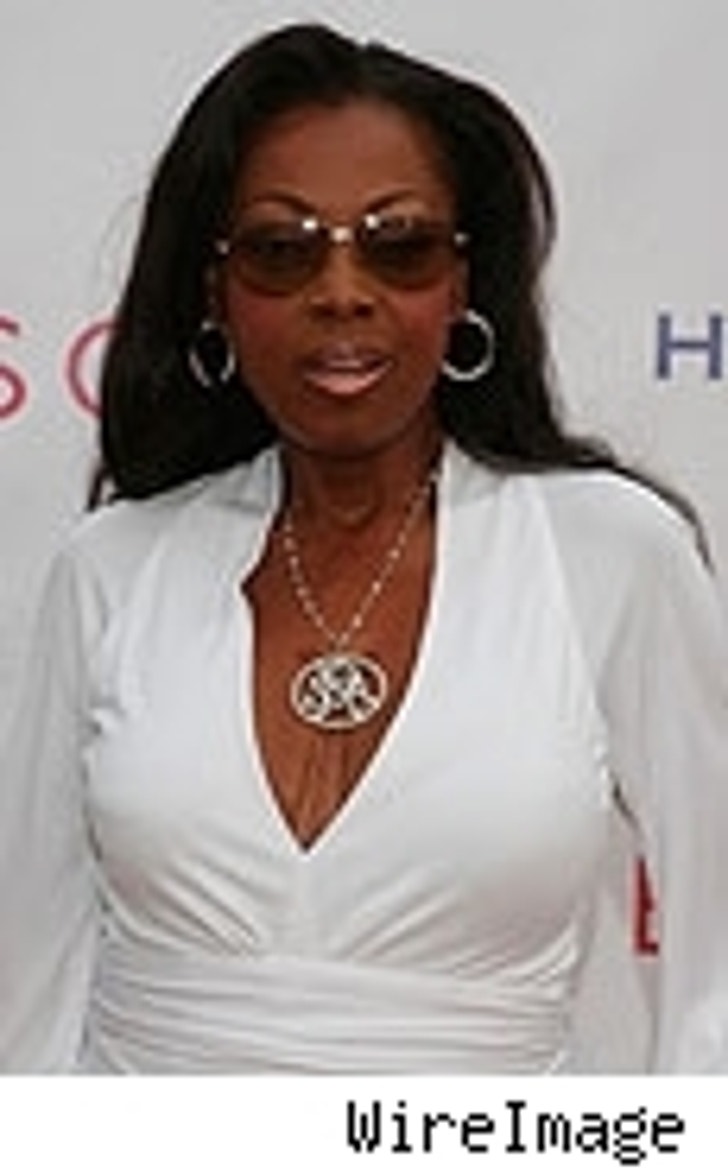 Star Jones bolted off the red carpet at a celebrity garage sale yesterday when she realized that her former boss Barbara Walters was not far behind her.

At Super Saturday, an annual flea market in the Hamptons for the rich and famous that attracted Edie Falco and Aida Turturro as well, Jones came to check out the wares on display but rushed off the red carpet when she realized that Walters was arriving as well. Meanwhile, Joy Behar told a New York Daily News reporter that she missed Jones "sometimes" and that she hopes her next permanent co-host will be someone who "realizes that it isn't just a one-person show."

Behar's morning-talk competitor Kelly Ripa was also around, and she admitted to "throwing elbows" to get to the fancy duds for sale, but that "the other woman got all the sympathy." 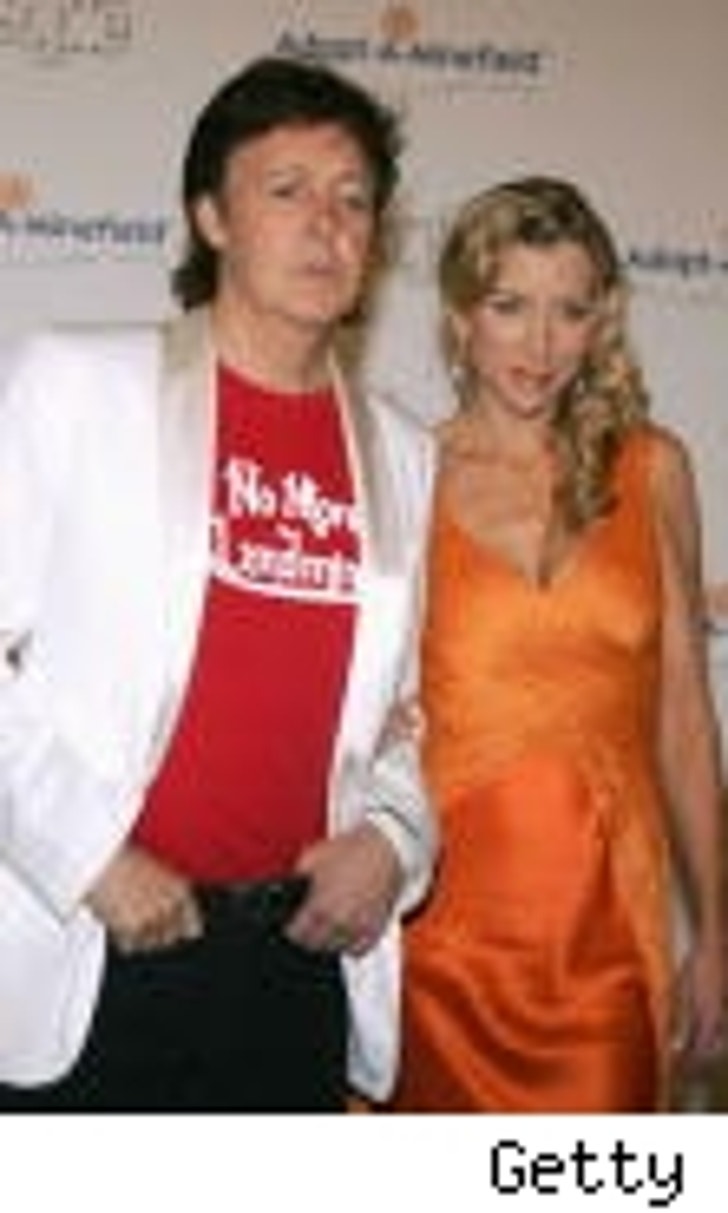 It will soon be officially over for Sir Paul McCartney and Heather Mills, though not without what looks like an ugly fight. People.com says that the former Beatle has filed for divorce after four years of marriage, and that British papers report that Sir Paul's allegedly citing "unreasonable behavior" as the cause for the split.

But Mills won't go quietly. She's planning on fighting McCartney's claims in both the U.K. and the U.S., and her British rep told People that "Heather's going to be filing her own counterclaims about matters both in this country and America."

Since there was no pre-nup, Heather could lay claim to a healthy chunk of McCartney's estimated $1.5 billion net worth. It's likely to be a nasty legal battle, with both sides hurling accusations at the other about their misconduct. At the center of it all is the couple's two-year-old daughter Beatrice, whose custody is also up in the air.