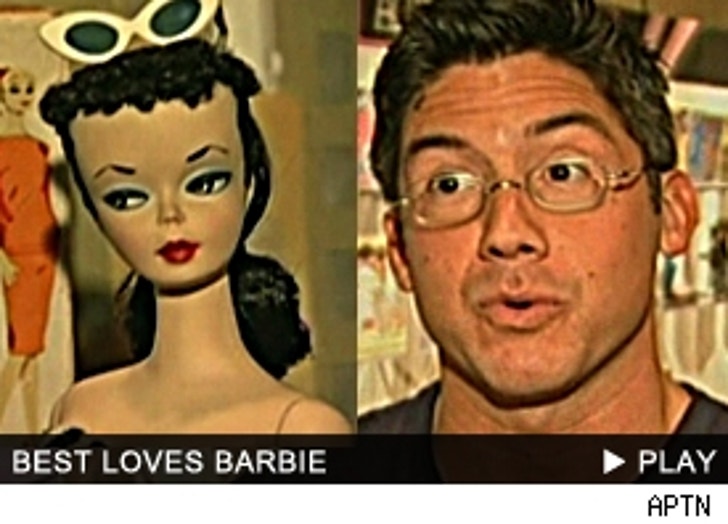 This week the Hyatt Regency Century Plaza in Los Angeles was crammed full of leggy, buxom beauties. Each stood about 12 inches high. Yes, it was the 2006 Barbie Doll Collectors Convention, and there were so many tiny goddesses that you'd want to change your name to Ken.

And the collectors were out in force as well. Robert Best, designer for Mattel and Project Runway finalist, explains "Barbie collectors from all over the world, not just the United States, come here to celebrate Barbie."

Over the years, Barbie has been challenged for allegedly helping to instill in young girls an ideal body shape that is not just difficult, but impossible to achieve. Barbie controversy may have hit its height with director Todd Haynes' 1987 short-film masterpiece "Superstar: The Karen Carpenter Story", in which the story of Karen's death from anorexia is told entirely with Barbie dolls.

Although the film launched the career of Haynes (who directed the Oscar nominated "Far From Heaven"), it has been rarely seen, due to legal actions by both Mattel and Karen Carpenter's brother, Richard.

But there's no controversy among fans. Says Best: " All the issues people have with Barbie, it's what they put on her. When you talk to kids, they don't put any limits on it, and that's what amazing about the doll."