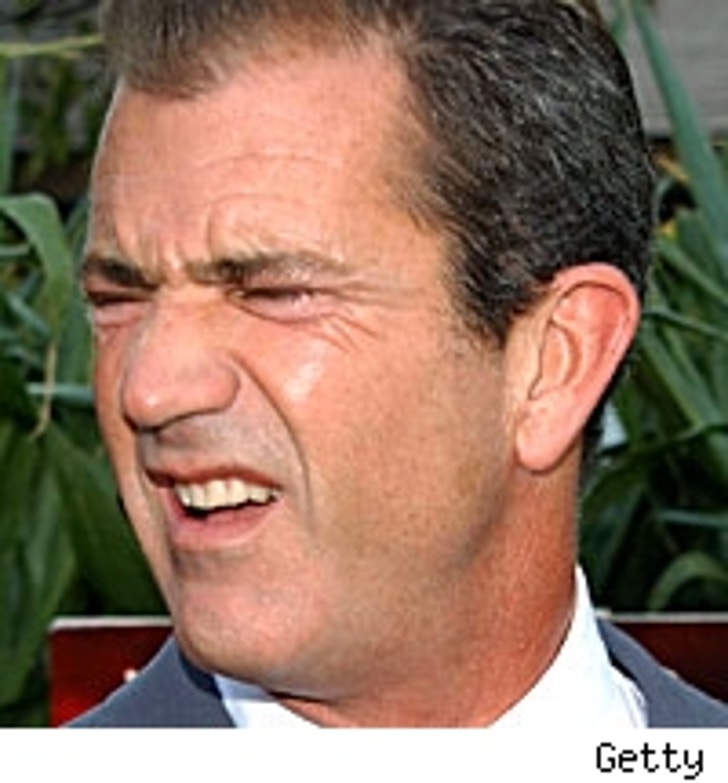 It turns out that Mel Gibson might have actually been right about one thing in his drunken, anti-Semitic rant: His life does appear to be "f***ked."

The Huffington Post yesterday published a screed from talent agent Ari Gold, err, Ari Emanuel to go on the record with his thoughts about Gibson's virulent soliloquy of hate.

Viz, the original Entourager called on Hollywood to "demonstrate they understand how much is at stake in this by professionally shunning Mel Gibson and refusing to work with him, even if it means a sacrifice to their bottom line."

Well, this is mighty interesting: On the one hand, as a Jew myself, I can fully understand Emanuel's feeling that a line must be drawn. As a journalist, however, I feel compelled to note that Emanuel is also a former ICM employee who defected to found Endeavor, and who has always been eager -- like all agents -- to destabilize his alma mater's business.

And what a time to try: ICM should be riding high right now, glorying in its recent acquisition of TV powerhouse agency, BWCS. Instead, its biggest gross player, one whose last movie grossed over a billion in box office and home video worldwide, is in the cross-hairs of the entire industry.

How badly has Gibson damaged his career? Talent agent and executive opinion varies.

As Gabriel Snyder writes in today's Variety, "'Americans have a very spotty track record in separating the personal lives and the on screen lives of the movie stars they idolize,' said one exec who asked not to be named."

But what is clear is that Gibson has damaged Disney: The studio is on the hook for tens of millions in marketing for the director's "Apocalypto," a Mayan film that's become a minefield.

Neither of these projects can possibly expect to benefit from the controversy. On Sunday, as Deadline Hollywood Daily columnist Nikki Finke reports, "Rabbi Marvin Hier, head of the Los Angeles-based Simon Wiesenthal Center, is urging Hollywood: 'A person that doesn't have sensitivity about Jews, that says such a thing, is not the right director to direct the film about the Holocaust.'"

In short, it almost doesn't matter if more agency presidents or studio heads publicly reveal they'll never work with Mel Gibson again, because it appears they have no choice but not to, regardless of how they feel; Mel's become radioactive. Advocacy groups like the ADL and the Wiesenthal Center will never let this drop, and networks and studios are loathe to risk millions on projects that make the American public and press sick to its stomach.

It's ironic that this is all happening at a time where movies like "The Da Vinci Code" and "Pirates of the Caribbean" are alleged to be "critic-proof."