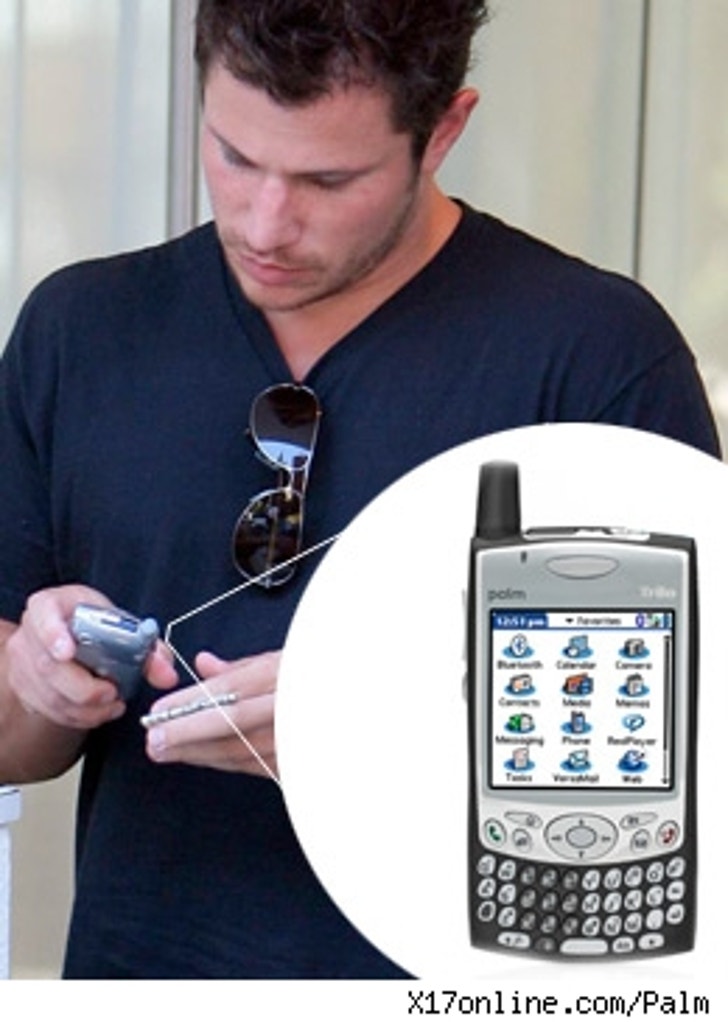 You think your phone is cool? Well Nick Lachey would say different.

Turns out Nick loves his Palm Treo. We mean really LOVES it. He loves his Treo so much that he got the 10th Anniversary Treo Black Tie Edition version of the phone. Only 2,000 worldwide were produced.

The phone has a polished chrome framework that shines against the the black backdrop and has a soft-touch finish. The phone also came with a special bundle that includes a hard case and multi-functional stylus.

Nick isn't the only celebrity with a Treo fetish -- "Lost" star Josh Holloway also snatched up the limited edition phone before they sold out.

So next time you see Nick and you want to show off your phone, beware: Nick rolls large with the Black Tie Treo.