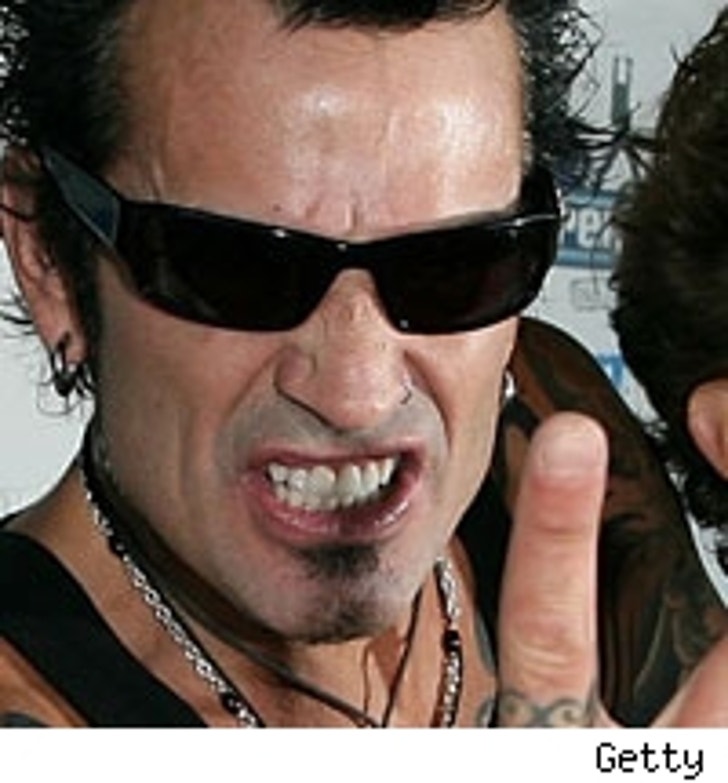 Tommy Lee must really hate traffic: The pilot of a helicopter that Lee had ferry him from his Hollywood Hills home to a concert in Irvine, Calif. was charged today by the Los Angeles City Attorney with landing an aircraft on a public road, and two other charges besides.

On July 7, the Air Support Division of the Los Angeles Police Department responded to reports of a helicopter hovering above a residence in the Hollywood Hills. The officers tried to contact the helicopter pilot David Keith Martz, 49, but the helicopter landed on a public street and the pilot entered a residence. Mötley Crüe drummer Lee was seen coming out with two other passengers and the aircraft departed to the southeast to take them to the Verizon Wireless Amphitheatre in Irvine, where Nine Inch Nails were performing, and returned two hours later.

This isn't the first time Lee has been associated with chopper trouble: In 2004, when Mötley Crüe resurrected the band for a concert at the Hollywood Palladium, they wanted to arrive in a helicopter but, according to Lee, the fire marshall balked -- so they showed up in a hearse instead.