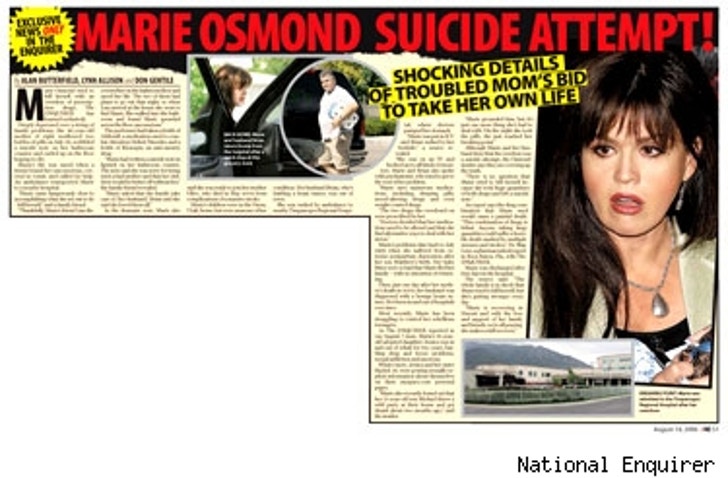 TMZ has learned that Marie Osmond spent two days in a Utah hospital last week following a bad reaction to prescription drugs, but her rep denied a National Enquirer report that the incident was related to a suicide attempt.

"She had an adverse reaction to some medication she was taking," said Amy Hawkes, a spokeswoman for Osmond. Hawkes confirmed that Osmond spent two days in Timpanogos Regional Hospital, but disputed a report in the Aug. 14 issue of the Enquirer that Osmond, depressed over family problems, intentionally swallowed two bottles of pills and scribbled a suicide note with lipstick on her bathroom counter.