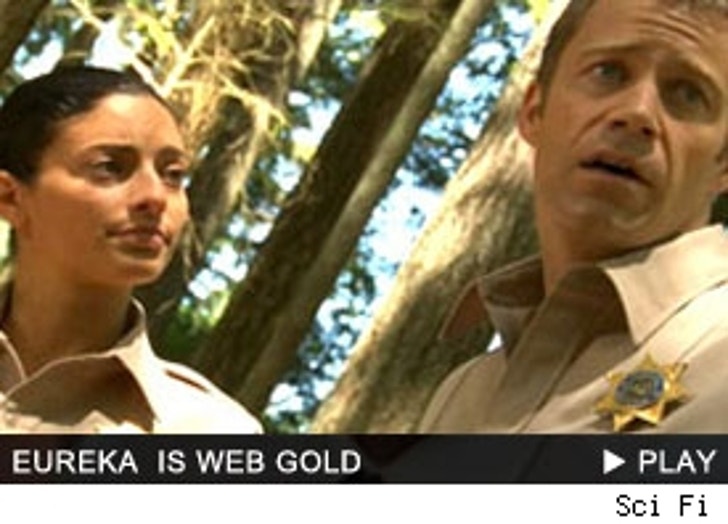 The Sci Fi Channel is following the lead of hit shows "Lost" and "The Office" in offering webisodes for its new critically acclaimed series, "Eureka."

The series revolves around a town, aptly named Eureka, that is a secret sanctuary for the nation's geniuses. Jack Carter, the town's newest sheriff, has the job of trying to contain some of the uh-oh's that are the by-product of the town's experiments.

The webisodes branch off of the series' plot lines and follow an investigation into a mysterious beast believed to have attacked two local teenagers. When a video of the events leading up to the attack appears on the Internet, Sheriff Jack Carter and Biological Containment specialist Jim Taggart get on the case to track the beast down.

Viewers can watch the webisode prequel and the seven two-minute webisodes on Sci Fi Pulse.