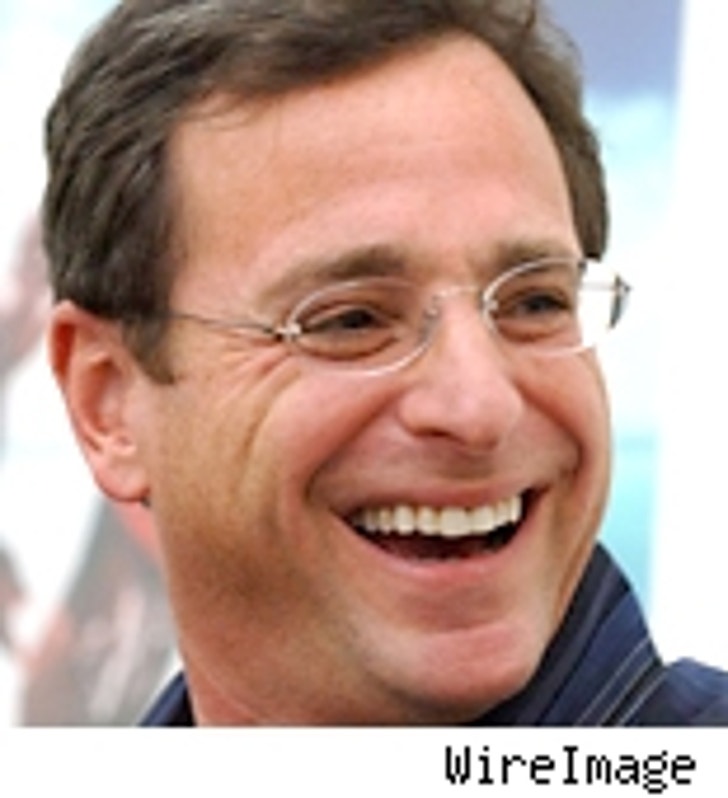 Funnyman Bob Saget will be the new host for NBC latest game show, "1 vs 100." The show will premiere later this season.

Scott St. John, executive producer of "1 vs 100" , says, "Mr. Saget is a one-man army of entertainment. He's smart, witty and charming. He's one of those unique talents whose appeal stretches across the entire audience, and his broad background in acting, stand up comedy, and hosting equip him with all the ammo he'll need to do an amazing job."

Saget is best known as Danny Tanner in the series "Full House" and as the host of "America's Funniest Home Videos."

According to NBC's press release, one player must outlast a mob of 100 people in a tense battle of brains and greed for a chance to win a huge cash prize. To stay in the game, the player must answer trivia questions and get every one right -- wrong answers from the mob eliminates them from the game, driving up the cash prize for the player. If the player can eliminate all 100 members of the mob, they'll go home with the top prize.