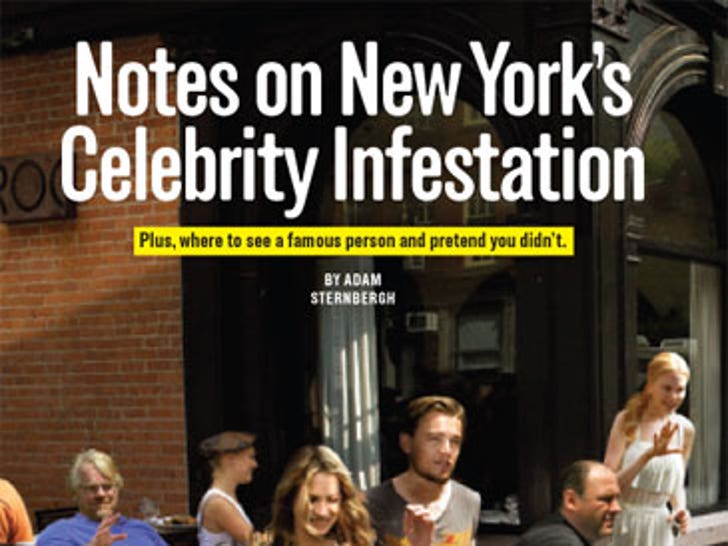 The people of Tinseltown have had them for years -- those maps that show you exactly where all the stars live, breathe, eat, and whatever else they do that mere mortals don't. But New Yorkers haven't -- partly because up until quite recently, the really big stars stayed mostly out West, and also because, frankly, New Yorkers just aren't supposed to care, right? 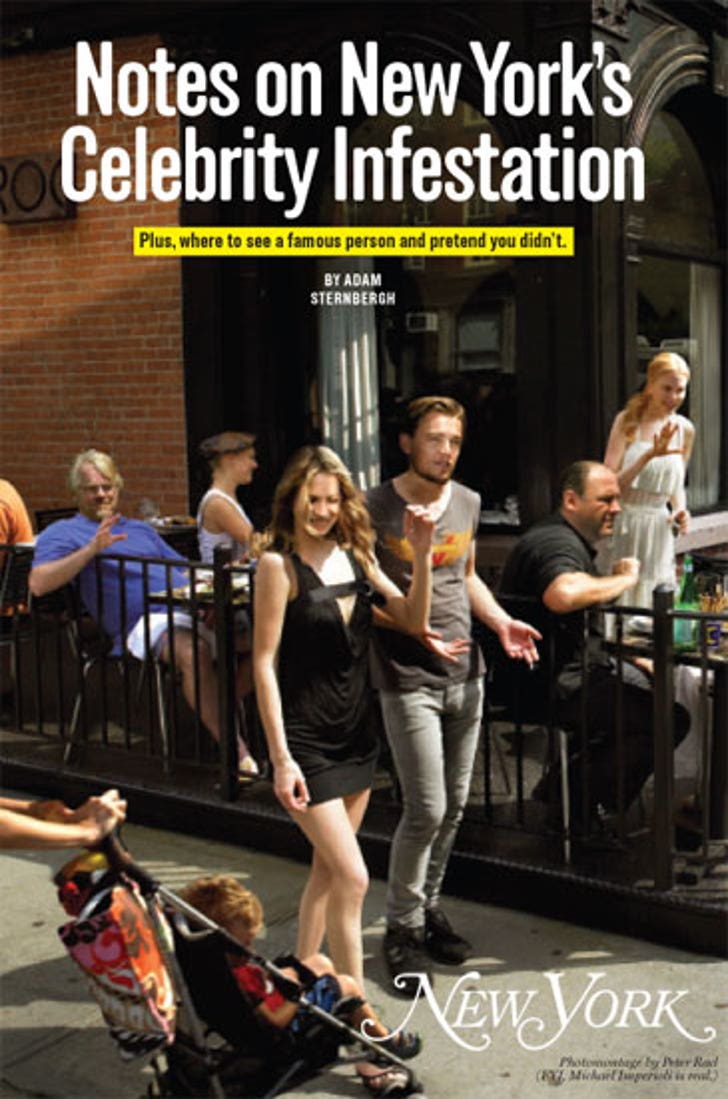 Well, now that West 27th Street in Chelsea has become Sunset Boulevard East, and since you're just as likely to spot a celeb at the Grey Dog Cafe as you are at the Urth Caffé (as Gawker.com's Gawker Stalker has been doing for a while now), the intrepid real-estate detectives at New York magazine have unveiled perhaps the most comprehensive -- and, according to the mag's editors, accurate -- star map for the Big Apple yet. (The image above, in case you were wondering, is a montage.)

Using publicly available real-estate records, published reports, and, it says, "the occasional in-the-know friend or well-placed source," the magazine tracked down a huge trove of Gotham's stars' whereabouts -- and it just proves that packing 1.6 million people into a sliver of land 13 miles long and 2 miles wide makes for some interesting neighbors.

Imagine, for instance, The Donald and Bruce Willis jostling each other on line at their local bagel joint in the morning on 56th street? Or Natalie Portman holding the door open for the quite-preggers Heidi Klum and hubby Seal at far West Village celeb-boite Perry St.? Or, perhaps, Ricky Martin, Jimmy Buffett, and Jay-Z all getting together in their Columbus Circle 'hood to confect a Latin-inflected rap-remake of "Margaritaville"? Hey, geographically speaking, it could happen.

And what other insights into celeb real-estate can we glean from the map? The news people -- Barbara Walters, Tom Brokaw, Diane Sawyer, and Katie Couric -- all seem to live up on the patrician Upper East Side. (Don't worry -- Star and Barbara are separated by 15 blocks.) Famously combustible divas Diana Ross and Naomi Campbell live within just a couple blocks of each other in the Fifties in Midtown; good thing PBS' Charlie Rose is around to calm 'em down.

And, finally, we learn that the twelve-block swath through the middle of town from about 24th Street to 36th Street is a pretty celeb-free zone -- unless, of course, you count Gilbert Gottfried as a celebrity.