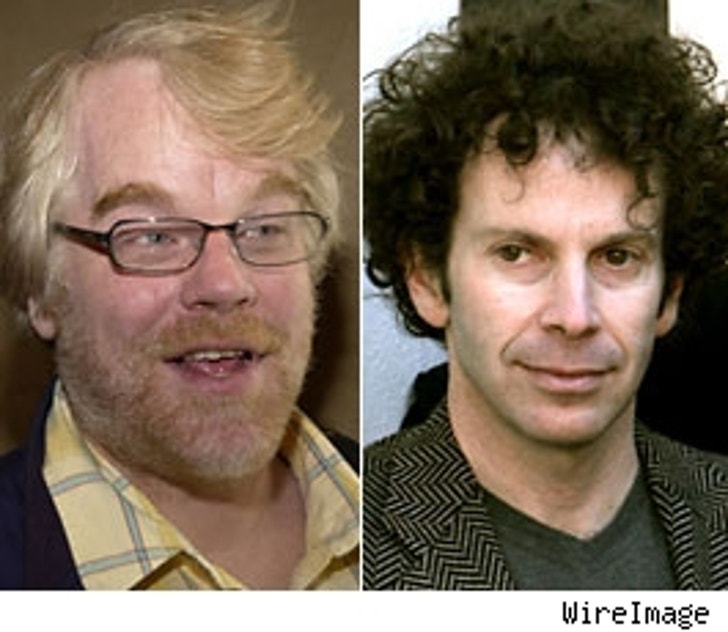 What's that you say? You mean you don't know what a 'synecdoche' is?

Well, neither did we, but according to dictionary.com, a 'synecdoche' is a conceptual metaphor wherein "a part is used for the whole" (as 'hand' for 'sailor').

OK. So, what's the deal again?

Apparently, Kaufman's script, which centers on an anguished playwright and several women in his life, was ordered up by Columbia Pictures chairman Amy Pascal. But it proved a tad on the complicated side - as most Kaufman scripts are. (Anyone able to tell me what the last third of Kaufman's "Being John Malkovich" was about?) And so, the studio gave it back to Kaufman in turnaround.

That's where Sidney Kimmel came in. Kimmel, the clothier who owns Jones New York apparel label among others, also has a film financing company that bears his name. TMZ has learned that Kimmel's company is negotiating to finance "Synecdoche" outright, and that Sony has a right of first refusal to distribute the finished picture. If Sony doesn't want it, Kimmel also has an output arrangement with MGM Pictures, which is another option to get it into theaters.

It's too early to tell if Sony will want to pick it up, but we're certainly intrigued: Phillip Seymour Hoffman starring in a Charlie Kaufman screenplay, directed by Kaufman? If anyone can make sense of a Kaufman script, it should be Kaufman.

So remember: The next time you hear someone in Hollywood say "synecdoche," don't make the mistake of replying, "Gesundheit!" - you probably just heard a metaphor for next year's Best Picture Oscar.

(Which actually makes "Synecdoche" ...a synecdoche!)