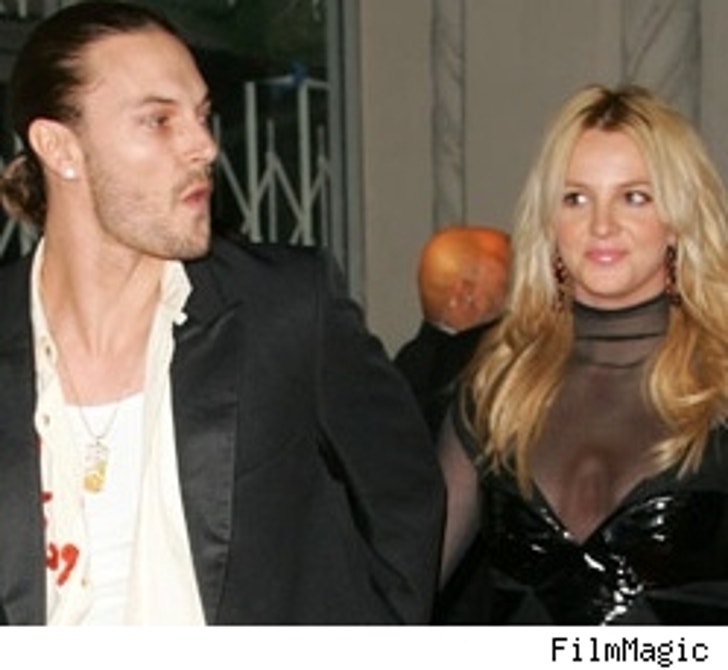 That, apparently, is Britney's latest message to K-Fed. You see, the pop princess has, according to a report, given her aspiring rapper husband one gift that he won't leave home without -- a high-rolling Black American Express card -- just in case he wants to go buy his own airplane or something.

The American Express Centurion card, otherwise known as the Black AmEx, is friend and status symbol to potentates (and, now, aspiring rappers) worldwide, and, according to In Touch Weekly (via MSNBC), the Britster is bestowing the precious plastic on her husband because she wants to prove "how much she trusts him."

Meanwhile, the mag also reports that Britney is going to renew her vows with K-Fed after the birth of their second child in the fall. Apparently, she didn't want an elaborate ceremony the first time around when she and Kev tied the knot in September 2004, but they're ready to do it all over again. "She wants to show the world that she is happily married," an "insider" tells the magazine. Spears' rep says nothing is planned, however. 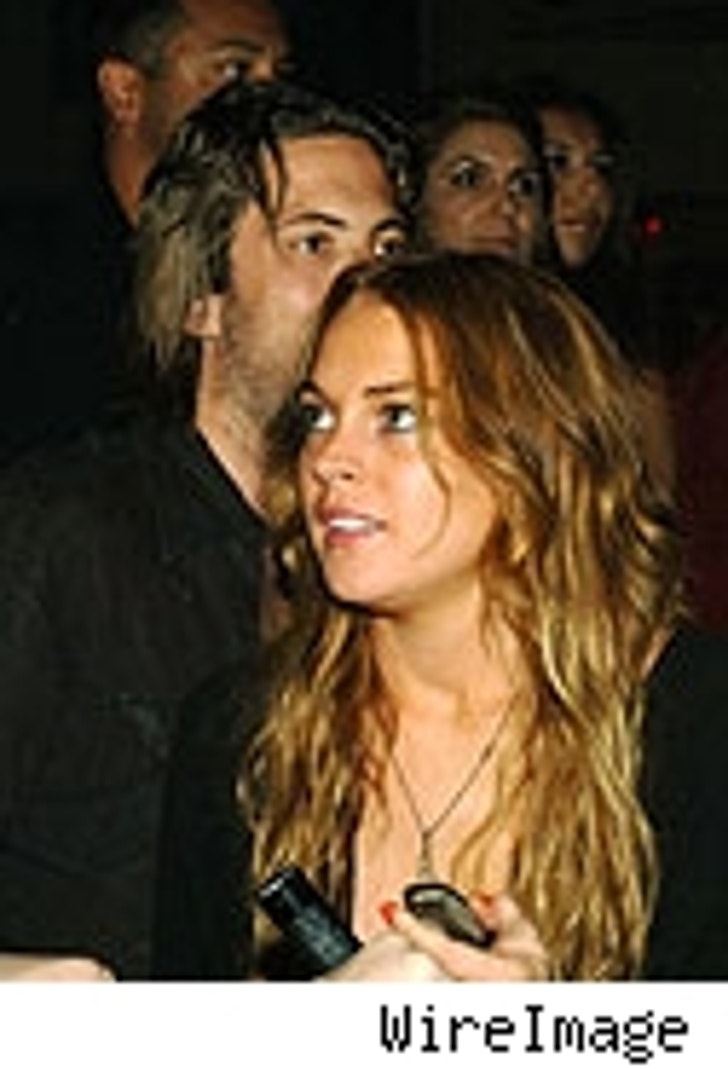 Lindsay Gets Boot From Chateau?

Could Lindsay Lohan's hard-charging ways be too much even for the Chateau Marmont? The legendary LA hotel – and enclave to the stars – might be giving La Lohan the eighty-six because her partying has become too "disruptive."

According to Page Six, the freckled phenom's behavior at the Chateau, where Hollywood royalty has indulged themselves for years in well-shielded privacy, has prompted management to consider a ban. "They are trying to kick her out. It is very disruptive with all of her friends coming in and out and her late nights," says one source. A rep for the hotel says the rumor isn't true.

And just as Lohan deals with the fallout from producer James G. Robinson's very public scolding, a crew member from the 2005 masterpiece "Herbie: Fully Loaded" has posted a letter on worldofwonder.net blasting Lindsay's work habits. The anonymous posting makes various charges not dissimilar to Robinson's, including the fact that Lohan "played the exhaustion card a couple of times."

But Lohan's rep slammed the faceless accuser, saying, "Stop hiding behind blind anonymity!" (Is there any other kind?) 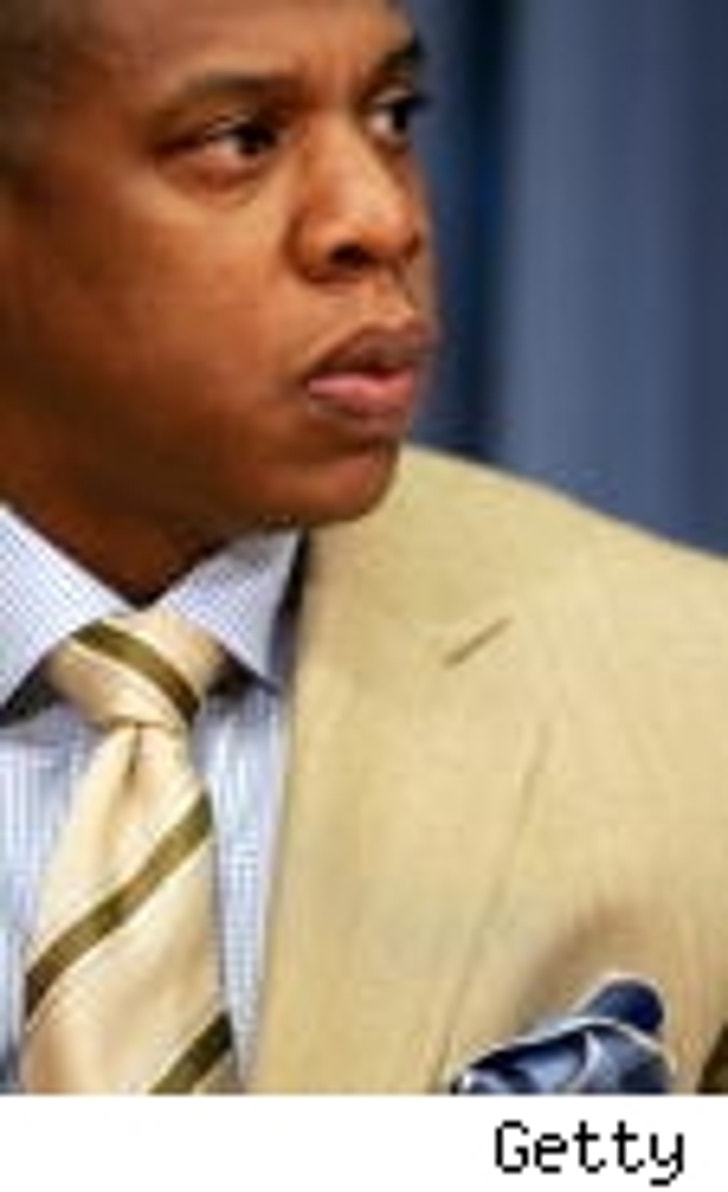 He may be more a champagne man generally – Cristal or not – but Jay-Z's latest obsession appears to be something that doesn't just flow freely everywhere-water.

The mogul-artist announced yesterday at the UN that he's traveling to Africa for the first time ever to document the world water crisis for an MTV documentary called "Diary of Jay-Z: Water for Life," which will air November 24, say Rush & Molloy. Jay will be meeting children who, according to estimates, are amongst the more than 1 billion people around the world who don't have clean and safe drinking water. 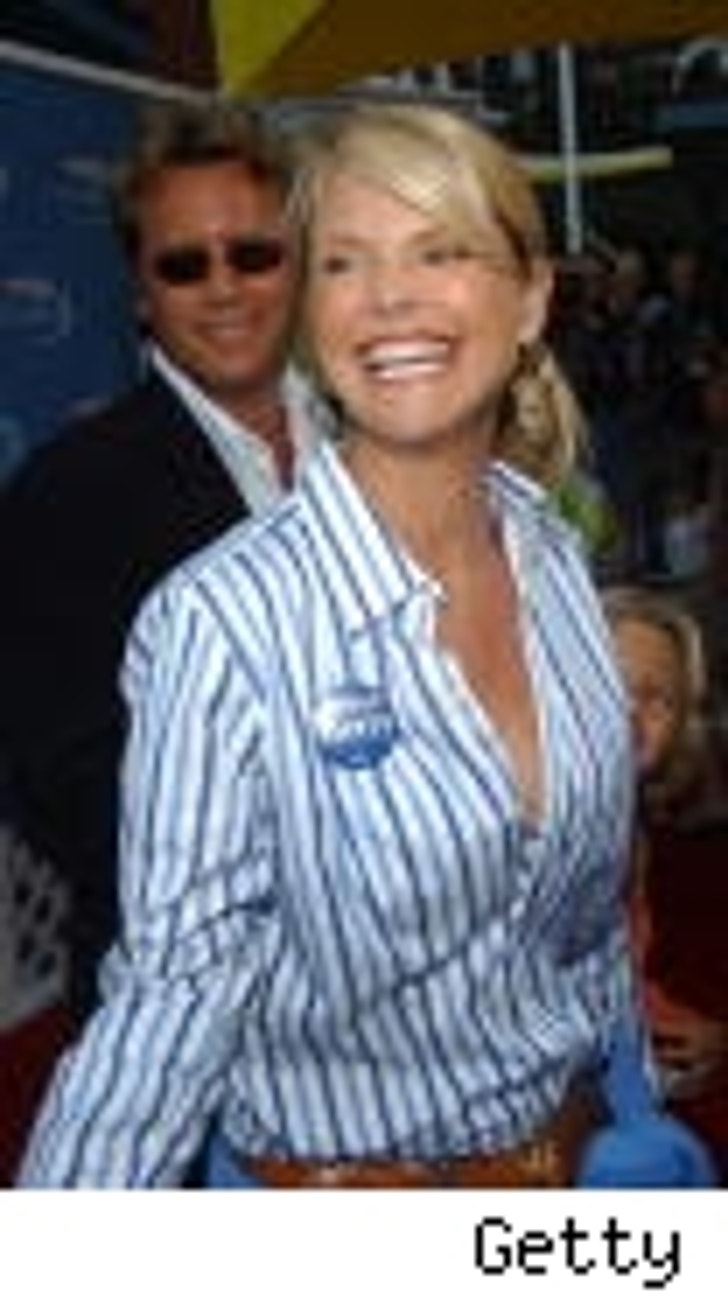 Christie Brinkley's mother Marjorie Brinkley doesn't think there's going to be any kind of reconciliation between her daughter and her philandering husband Peter Cook.

In an interview with Star magazine (via the New York Daily News), Mrs. Brinkley says, "She is not wavering . . . or taking him back. She is not planning that." What's more, says Marjorie, the ex-supermodel has already been asked out by a few guys but isn't quite ready to start dating just yet. Brinkley's spokesman, the tireless Elliot Mintz, says, "I cannot confirm or deny that report."

The Daily News says that Brinkley hasn't been seen outside her Hamptons compound since Monday, when photogs caught her in a state of some distress.

Matthew McConaughey and Kate Hudson will team up once again for the adventure comedy "Fool's Gold" for Warner Bros. In the film, says the Hollywood Reporter, a husband and wife who have been searching for a lost treasure for years and almost split up as a result get back together after they find a clue to the treasure's whereabouts. . . P. Diddy parted ways with Benny Medina five years ago and has finally gotten around to hiring Jeff Kwatinetz at The Firm as his new manager, says Page Six. . . CBGB, the legendary New York rock club, is heading for Las Vegas after it closes its doors for good on the Bowery on September 30. . . Variety reports that 26-year-old first-time feature director Neill Blomkamp will be taking the helm of the movie version of the videogame blockbuster "Halo."