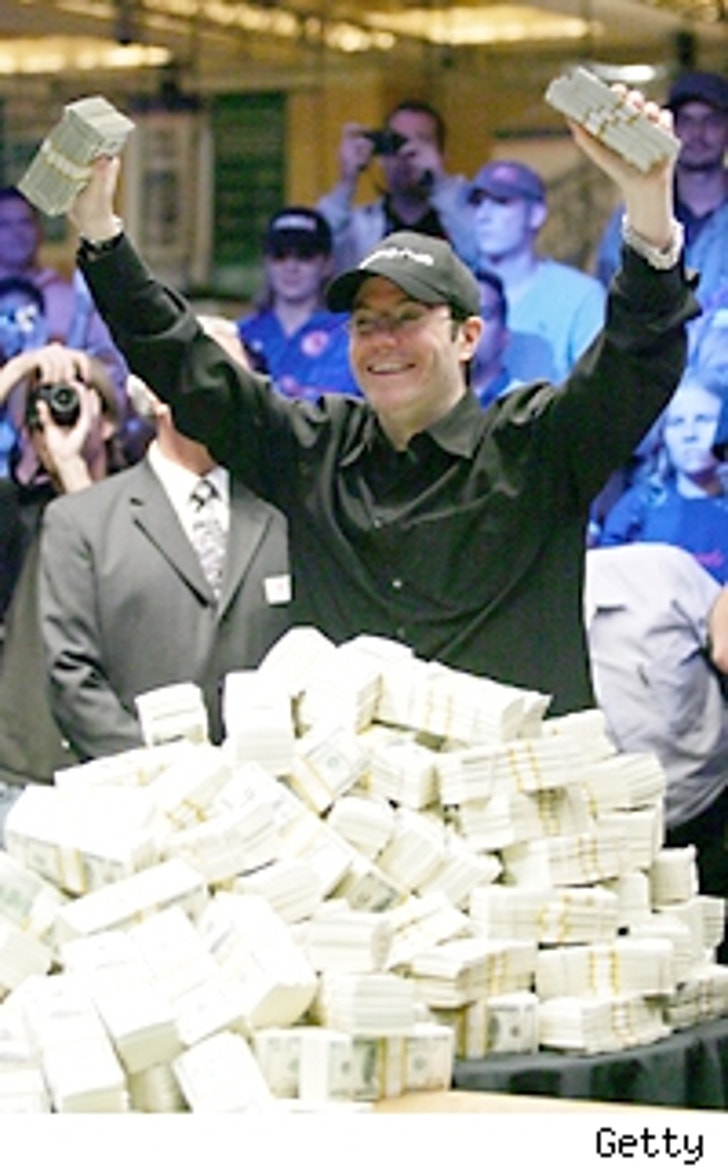 Jamie Gold, a former Hollywood agent, won the top prize at the World Series of Poker and took home $12 million.

Gold, 36, had a sizeable chip lead heading into his heads-up battle with Paul Wasicka. He was able to bluff Wasicka into going all in with a pair of 10s -- Gold held a pair of queens.

"I knew that he was weak but he had a hand. And then I knew it was my chance," Gold said. "I went all in and then I just went into my act. I actually talked him into calling with the worst of it and that won the whole tournament."

Gold and Wasicka (who took home $6.1 million for finishing second) were the last two left standing from a field of 8,773 entrants.