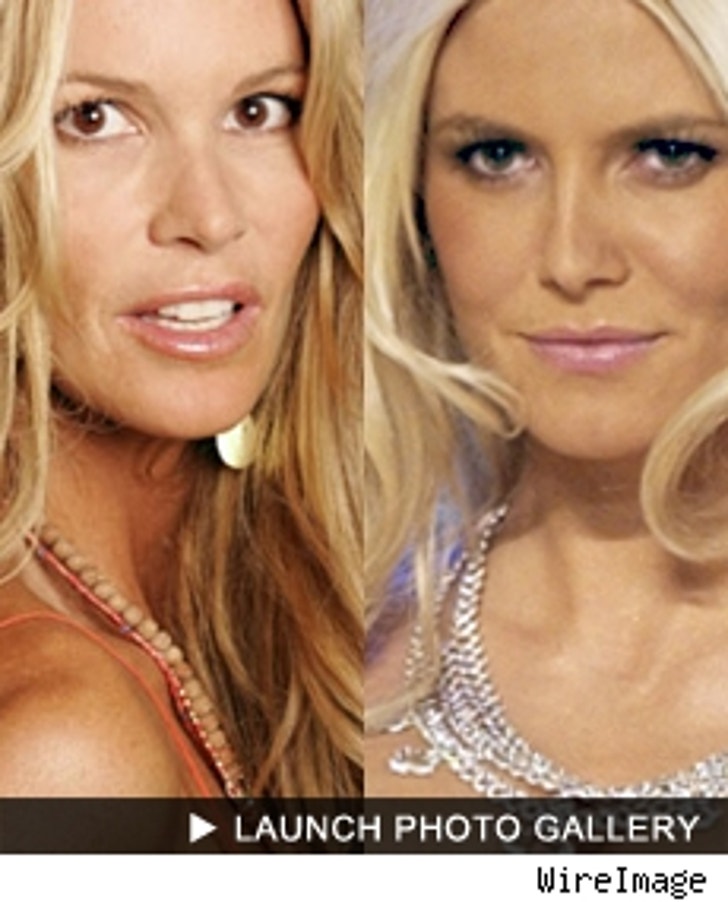 Heidi Klum says she's "The Body." Elle Macpherson was -- and still thinks she is -- "The Body." So which supermodel gets to lay claim to this particular heavyweight title?

Well, here's the tale of the tape: Klum is 5'9", and Elle is an even 6'. Klum's got an ever-rotating spectrum of hair colors, while Elle's is more consistently a lightish brunette. Heidi has more European smolder, while Elle's eyes have a stunning Aussie sparkle. They've both had to get their bods back into shape after having two kids, and Heidi's expecting her third pretty soon. The only major difference between the two is that Elle's ten years older than Heidi- (we know we know, so not fair).

But enough of the pre-fight. Let's go to the photo gallery -- and you be the judge of which of these ladies rightly deserves to be called "The Body."