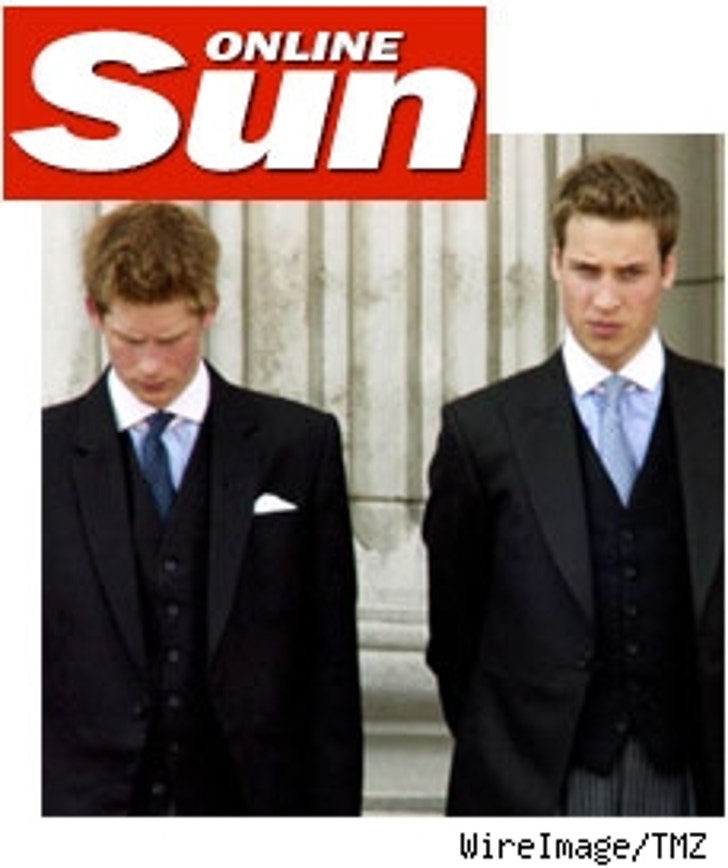 Prince Harry finds himself in another flap over controversial tabloid photos, and his representatives have asked the newspaper that published them to make a correction to the accompanying story -- though they do not dispute the authenticity of the actual pictures.

The Sun tabloid, in this morning's editions, splashed a photo of the Prince with his hand cupped unambiguously under the right breast of a comely blonde, identified as Natalie Pinkham, a friend, while his brother Prince William chatted in the background at a London nightclub. The implication of the story is that the younger Prince was cavorting with Pinkham this summer, in the absence of his girlfriend of more than a year, Chelsy Davy.

However, Prince Charles' press office tells TMZ that they have asked The Sun to correct their story and make it clear that the pictures were taken three years ago, before Prince Harry was dating Davy, and in a different nightclub than the one named in The Sun. They did not dispute the authenticity of the actual photos, but would not elaborate on the relationship between the Prince and Ms. Pinkham.

The Sun's reps told The Guardian newspaper, "We bought the photographs and negatives of our favorite playboy Prince which were taken in a popular London venue attended by members of the public. There is absolutely no question over their authenticity." The Prince of Wales' press office told TMZ that no legal action is currently being taken, and that it is still unclear what will happen should the Sun fail to accede to their request.