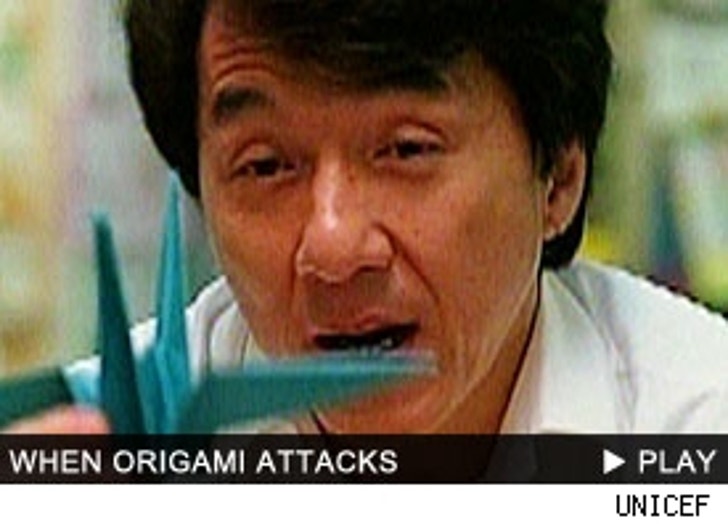 Though he is mainly known for his martial arts skills, Jackie Chan is now using his fame to take on a new crisis - the bird flu. In a somewhat odd public service announcement premiering today worldwide, Jackie talks to a group of six children from different ethnic backgrounds about the dangers of birds.

While making origami birds around a table, Chan warns the kids saying, "you should not touch or play with any birds right now, especially if they look sick ... stay away from sick or dead birds."

While dead birds aren't really on the top of our list of fun playthings, it's still a noble cause. 139 people worldwide have died from the disease, according to the World Health Organization, with the majority of deaths in Asia.