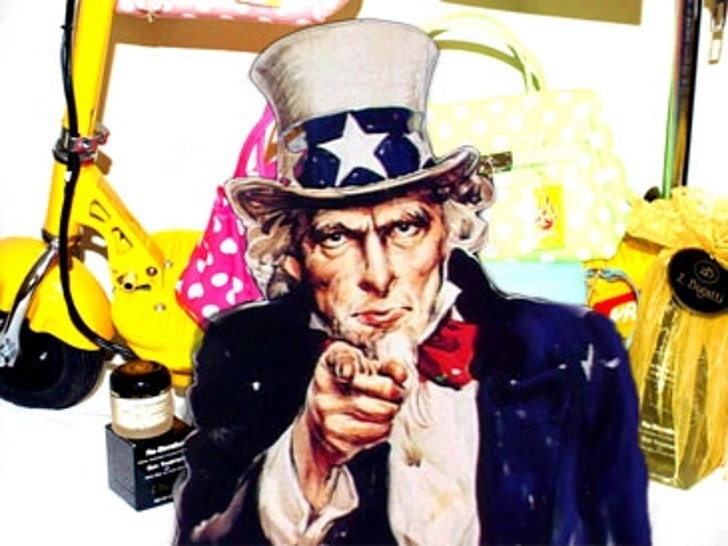 The best explanation of taxes I'd ever heard came from former U.S. Senator Russell Long, who explained them this way: "A 'tax loophole' is something that benefits the other guy; if it benefits you, it is 'tax reform.' " 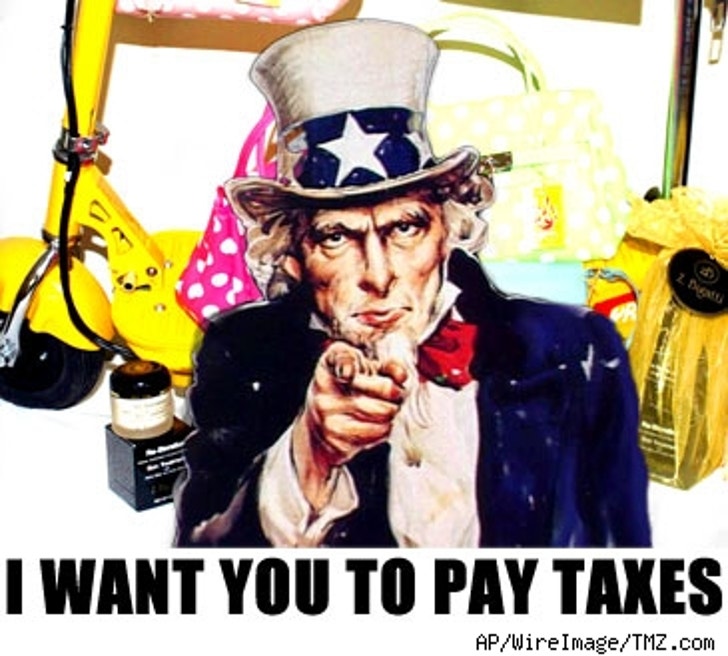 Today, Hollywood awoke to discover that the IRS had closed some major 'loopholes,' or, as you and I might see it, undertook some much needed 'tax reform.'

"The Academy of Motion Picture Arts & Sciences will announce today that it has reached a settlement with the Internal Revenue Service regarding income tax on Oscar gift baskets -- a small move that could signal seismic implications in the gift-giving culture of Hollywood."

While enduring the preshow of countless Oscars -- named, by the way, by an Academy secretary, who remarked that the statues reminded her "of her uncle, Oscar" -- we've all sat agape at puff pieces on the $100,000 gift baskets showered on star presenters and nominees: Swarovski crystal cell phones; spa days in New Zealand and bejeweled toilet plungers -- all bestowed on those who haven't called Roto-Rooter in the last decade.

Most stars with any conscience or even press savvy realize the smart PR move is to donate such absurd windfalls to charity, lest they be viewed with the same revulsion one feels watching an anaconda swallow a live koala bear: Did you really need...all of that?

There's bad news for those hoping to bask in schadenfreude: The Academy is footing the tax bill for any bag handed out up until last year. This year's sacks of tchotkes are the responsibility of the recipient, and by 2007, the gift bag gravy train grinds to a halt: The Board of Governors has voted to end the practice of treasure baths for those already dripping with dollars.

Of course, it's a brilliant PR move for the government, and for IRS commissar Mark Everson, who told "The Washington Post," "There's no special red-carpet tax loophole for the stars," IRS Commissioner Mark W. Everson said in a prepared statement. "Whether you're popping the popcorn, sitting in the audience or starring on the big screen, you need to respect the law and pay your taxes."

Brilliant as it is, it nonetheless fills your correspondent with feelings that are decidedly mixed to say the least: On the one hand, one would love to see a spoiled rotten thespian asked to pony up $40,000 in back taxes, small as the dent might be in a superstar salary.

On the other, my reflexive, mammalian instinct is to fear and loathe the IRS. After all, cheering for the tax man is a bit like rooting for the shark in "Jaws."

We'll leave it to you to decide if this was a tax loophole, or tax reform.