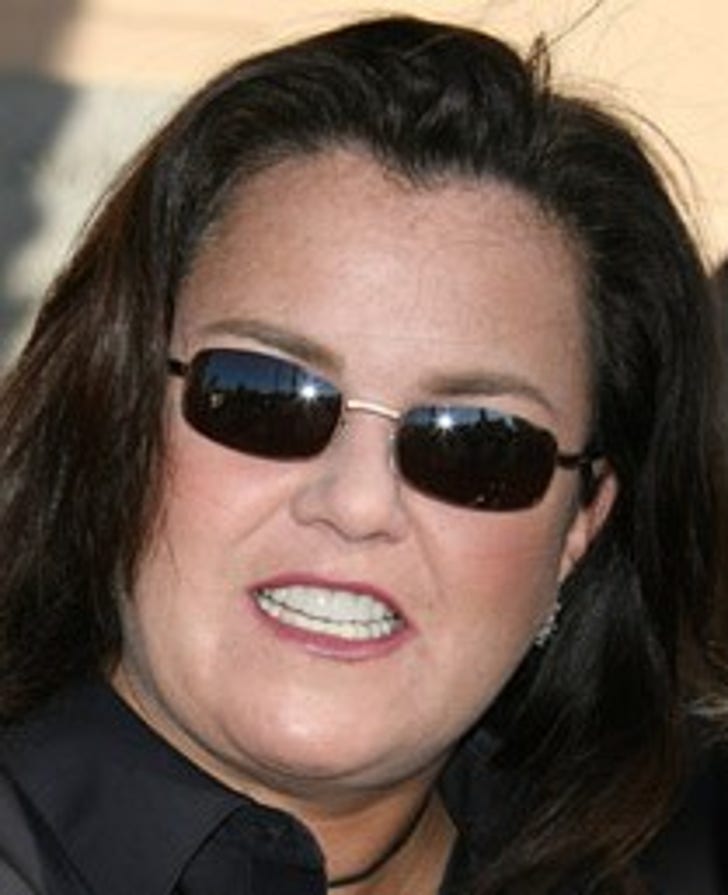 Rosie O'Donnell is clearly conflicted about her upcoming debut as a co-host on "The View" -- and she's letting her feelings spill out for all to read. On her blog, O'Donnell has given her fans and observers a taste of what she's been thinking in advance of joining Barbara, Joy, and Elisabeth at the kaffeeklatsch, almost in real-time and in a stripped-down shorthand (and all-lower-case) verse that might best described as Hai-M.

Last Thursday, she caused a minor stir when she reacted to having seen the new "View" promos, in which she's portrayed as just one of the girls. "It will be hard 4 me/2 not b/the boss," she wrote. But Friday, she did something of an about-face, writing, "I am excited about the view ... hoping they all like me ... cuz there is nothing better/than being a cast member."

And then yesterday, Rosie described an interaction at Saturday's Creative Arts Emmys (pictured above) with a reporter from Access Hollywood, who apparently asked her if she was happy about her former nemesis Star Jones' firing. Rosie wouldn't take the bait, according to her: "It would not have been fun for me/fighting everyday/life is 2 short."

Though her unabashed self-explication is certain to continue to make (little) waves, Rosie herself explains that it's just a way to work things out: "The discord is internal/inside myself. . .feelings are not fights." Rosie's full poetic discourse on "The View," complied into a mini-anthology, follows.

The Pre-"View"
by Rosie O'Donnell