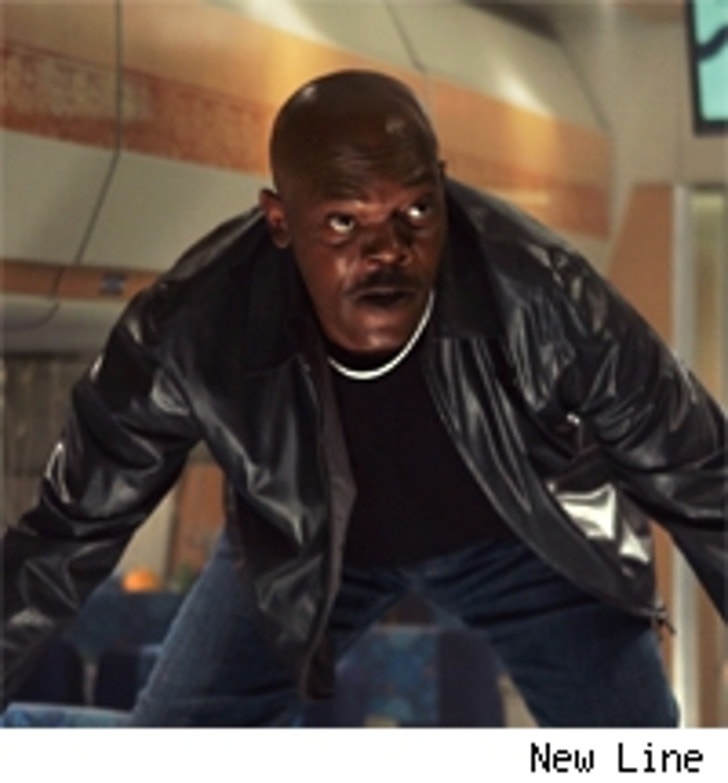 Sorry for the delay in posts. We spent Friday laid up with enough Vicodin to immobilize several dozen anacondas, having pulled a muscle playing softball against KCRW earlier in the week.

I'll spare you the details, but suffice it to say that Friday's drug haze left me plenty of time to both hallucinate and cogitate. Indeed, in the midst of my pharmacological phantasmagoria, I dreamed that New Line Cinema had released a film called "Snakes on a Plane."

Crazy, I know. It's exactly the kind of delusional thinking that can come from watching "Little Man" and "Lady in the Water" back-to-back.

Worst of all, I imagined that, having created perhaps the most reductive title in history, New Line went one further and opened the movie-making process to the unwashed masses. Online denizens whose crowning academic achievement is a certification in food safety offered helpful tweaks like "I want to see a dude get bit on his weiner!" and "Make Samuel Jackson say, 'I want these motherf--king snakes off this motherf--king plane!'"

More, having elicited these salacious responses from the madding crowd, I envisioned New Line incorporated such recommendations into the script, so that "Snakes" got not the PG-13 rating that could have opened it at $25 million, but rather at a piddling $15 million.

Secondly, I even visualized New Line's marketing department signed off on a sequel, "Sheiks on a Plane," about a group of Pakistani nationals whose Islamo-Fascist worldview drives them to combine everyday gels and liquids into explosives aboard a gaggle of transatlantic planes.

Well, at least that first part. That second one probably has a shot at getting made.