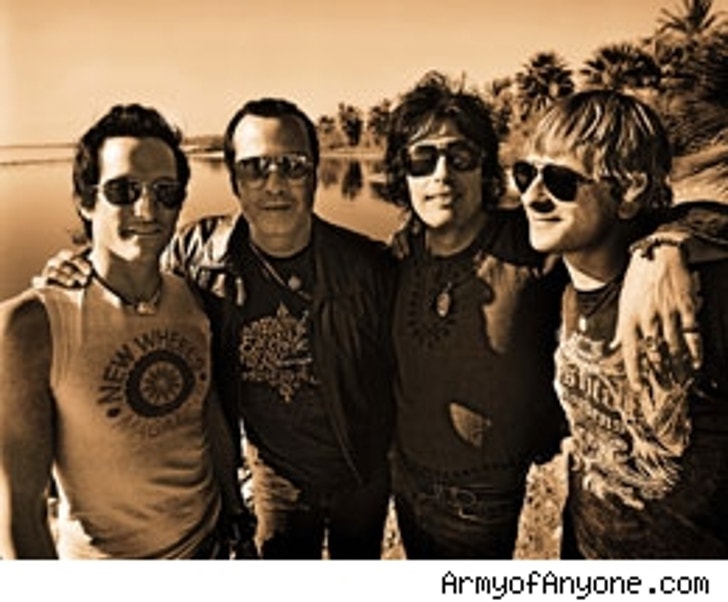 Want to be in a music video? It's being funded by a big label so its likely to find its way onto television so you may want to get in it. But, you can't be an old man like me or any of the guys in the band.

The aging rock veterans "Army of Anyone" consisting of Filter frontman Richard Patrick, brothers Dean DeLeo and Robert DeLeo of Stone Temple Pilots and former David Lee Roth drummer Ray Luzier will shoot their video this afternoon in downtown Los Angeles. But, anyone over 30 is not welcome! After all the band doesn't want to scare away the teens by showing them that people their parents age are listening to the same stuff. Of course, everyone in the band is well over 30 with one guy into his mid-40s! Maybe the guys just wanted to make sure they are the oldest folks in the room.

If you are sufficiently young, bring your ID and head on over to the shoot. Info on the where and when for the video filming is here. And, don't freak if you bump into some old guys. They're probably in the band.