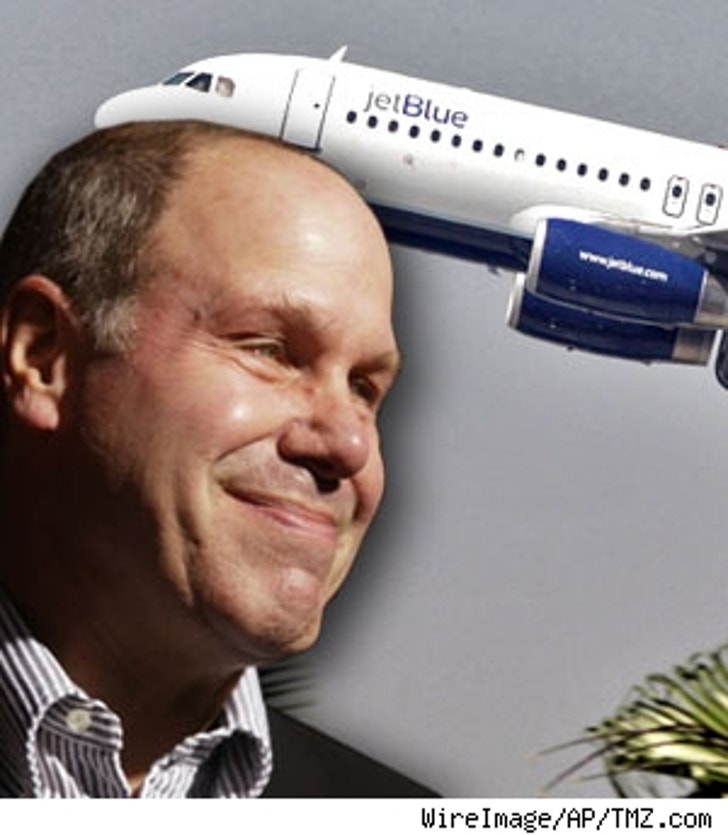 Times are apparently tough for former Disney Chairman Michael Eisner. My spies tell me he took a plane to New York City Wednesday afternoon, but it's not a private jet. It's not first class on United or American. It's the very egalitarian Jet Blue.

Eisner and his wife showed up at Burbank Airport and bided their time in the terminal with iced coffees, which Eisner fetched himself. They boarded with all the common folk and settled in toward the middle of the plane. Eisner is currently (as of 3:00 PT Wednesday) in Seat 12F and is wearing a white ESPN hat. His wife rolled her own -- carry on suitcase, that is.

Eisner resigned from Disney last September. His net worth is estimated as more than half a billion dollars. Shave off $473 (round trip Burbank/New York) from that.