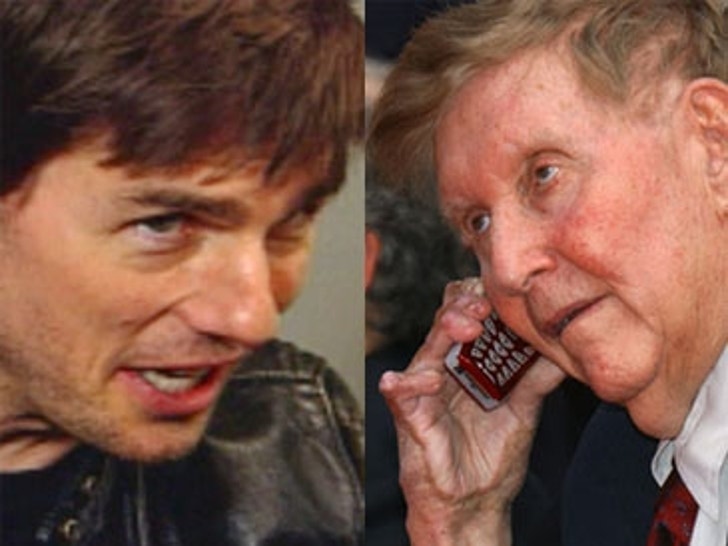 You know, the more we think about it, the more it makes sense that Sumner Redstone lashed out so publicly at Tom Cruise.

For one thing, Sumner is a guy who's currently being sued by his own son. 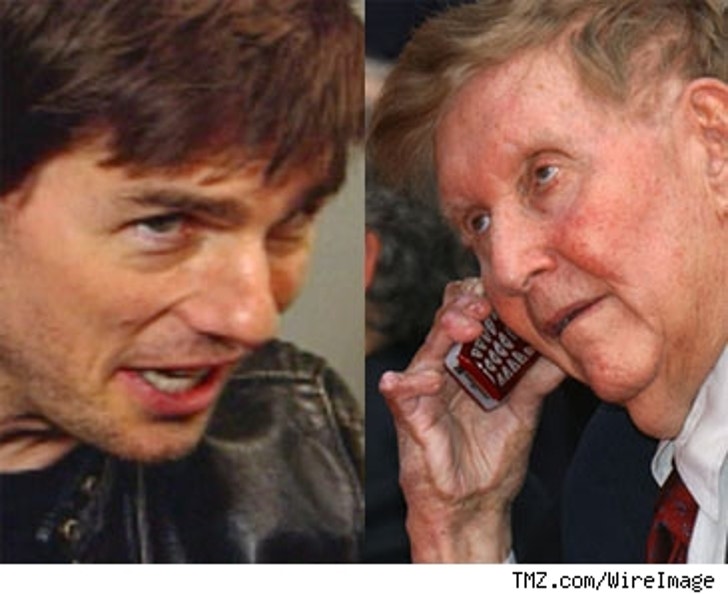 Earlier this month, a Maryland judge ruled that Brent Redstone, 55, could proceed with a lawsuit against his family's holding company National Amusements. Run by dad Sumner and sister Shari , National Amusements holds a controlling interest in Viacom.

Per "Daily Variety," Brent "filed the suit in February seeking to dissolve National Amusements, 'due to the oppressive acts of those in control of the corporation.' "

You know you're a bad-ass when you're willing to go court against your own progeny.

What's more, TMZ has learned an interesting tidbit about Redstone's public fatwa against Cruise: His "Wall Street Journal" castigation of Cruise is said by knowledgeable insiders to have taken both Viacom co-CEO Tom Freston and Paramount Pictures chairman Brad Grey by complete surprise.

Some posit that the rationale for Redstone's indelicate (and apparently, unadvised) harangue was to take back the limelight he'd lost earlier this year. In essence, his Cruise missile was fired to reassert himself into the running of a company he'd split in two in January and divided between Tom Freston of MTV and Leslie Moonves at CBS. Based on Redstone's previous behavior, it's not such a wild theory: Redstone has gotten into fisticuffs with major Viacom execs before, including former Viacom CEO Frank Biondi, who Sumner fired because he wanted to run the company, and with Mel Karmazin, who so tired of being co-opted that he decamped Viacom's CBS for Sirius Satellite Radio.

And if that's true, then a question needs to be asked: Who's more out of control? Tom Cruise, or Sumner Redstone?