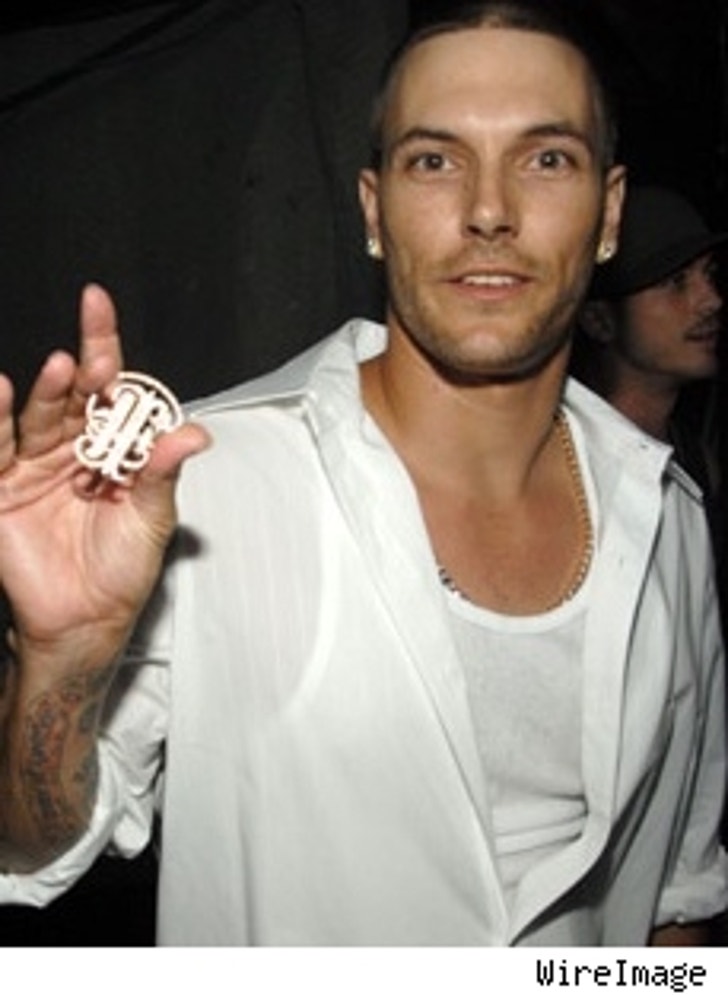 K-Fed might not be the world's greatest rapper, but there's one thing he does claim to be "amazing" at: the GED.

The rapper-on-the-make says that he passed his high school equivalency with flying colors -- "Not that it's the hardest thing in the world," he admits. But his math skills in particular are being put to good use – he's calculated that his net worth, even after making $2 million on his TV show, is about ... zero.

His wife – Britney Spears – might be worth as much as $200 million (or so it's been reported), but Federline tells GQ magazine (via Lloyd Grove's Lowdown) that he's "almost broke," despite making a couple million on the UPN reality show "Chaotic." But regardless of his financial situation, K-Fed can always fall back on his degree, one way or another – "I actually got amazing-ass test scores on it," says K-Fed. "I got pretty high test scores for the state of California."

Meanwhile, Britney has been deemed "too stimulating" for the youth of Japan. A poster of the recent Harper's Bazaar magazine cover that shows a very pregnant Brit in all her glory (i.e., completely naked) has been censored for the Tokyo Metro. The new poster, showing the pop princess from the elbow up, will have the catchy tagline: "We apologize for hiding part of a beautiful image of a mother-to-be." 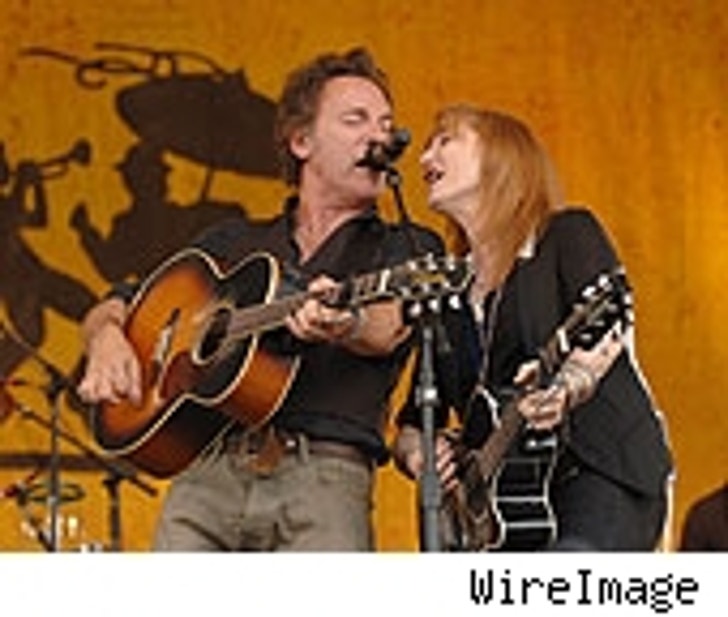 Springsteen Marriage on the Rocks?

Friends of Bruce Springsteen are beating back rumors that the Boss' marriage to his wife of almost 20 years, Patti Scialfa, is in trouble.

A report in today's Page Six claims that the pair are "virtually living separate lives" and that another woman is involved. Bruce has been spotted hanging at a beach with his children alone, but also vacationed with Patti and the kids last month in upstate New York. However, friends of the couple tell the Post that "nothing's going on" and that "Bruce and Patti are very much partners. They go at it a lot and fight, but they also work at it a lot ... Patti is a strong woman. They are not going anywhere."

Scialfa's mother, Victoria, tells Page Six, "I don't know anything about it. I don't want to talk about it." 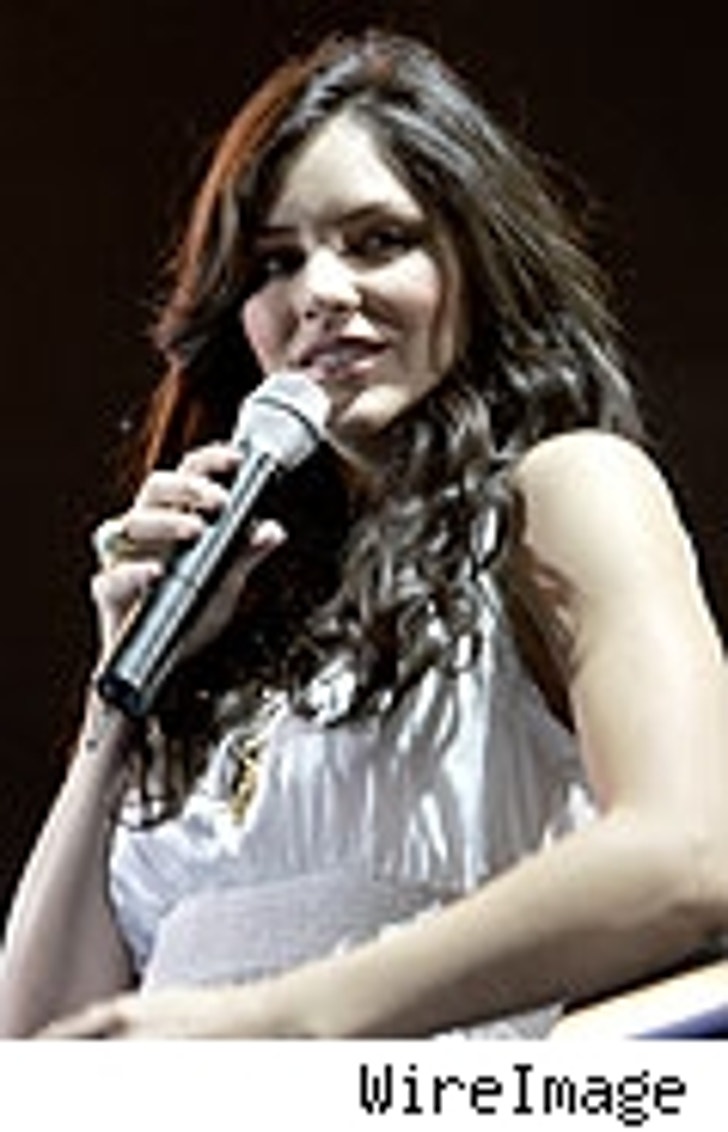 Kat's Not Eating Well – But Not Worrying About It

"American Idol" Katharine McPhee says the constraints of being on tour aren't very good for her diet, but that she's not doing "any weird, disordered eating things anymore." What's more, she admits that there will "always be people who don't like" her, but that she's no less friendly because of her success on "Idol."

In a Q-and-A with Us Weekly, McPhee answers the skeptics who said that she was prolonging her recovery from bronchitis and laryngitis to avoid touring with the rest of the Idols. "I felt like I was under attack," she says. "Vocal cords are very sensitive parts of the body that need to be taken care of ... I still have to see doctors across the country to make sure my voice is healing."

McPhee also tells the magazine that she met with Steven Spielberg for a get-to-know-you kind of chat, and that she and 41-year-old boyfriend Nick Cokas do "old people" things like "get dinner and see a movie" when they're home together. 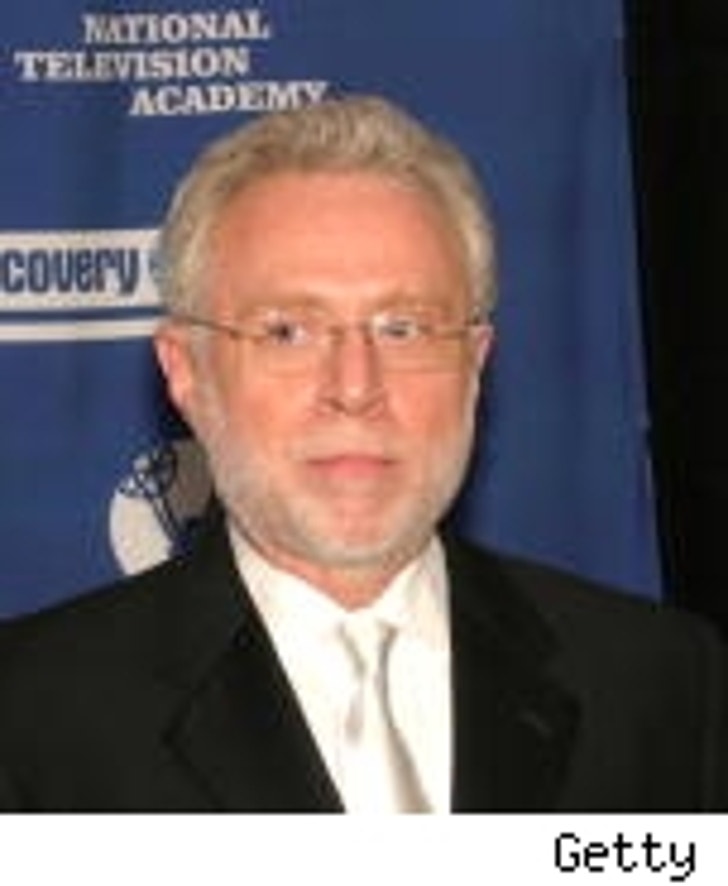 Captain Janks – otherwise known as Thomas Cipriano, a gas-station employee in Pennsylvania – called into CNN's "Situation Room" yesterday and got himself interviewed by Wolf Blitzer, only to reveal at the end that he had tricked the network's call screeners.

Janks/Cipriano called into the show posing as "Wendy Hutchens," a California woman who claims that she had spoken to suspect John Mark Karr about the death of JonBenet Ramsey. Blitzer, as Lloyd Grove recounts is, spoke with "Hutchens" for a short while, until Cipriano dropped Howard Stern's name into one of his answers, whereupon the surprised host realized what was going on. "All right," he said. "Well, that sounds like we've just been Howard Sterned, as they say."

CNN says it's looking into the the incident.

Brandon Davis' mother Barbara is liquidating her collection of jewelry, says Ben Widdicombe, through a top Italian broker. "Most of Barbara's big gems are loose. A lot of the other stuff is being broken up for stones." A family rep denies any selling is taking place . . . Apple agreed to pay $100 million to Creative Technologies yesterday, after it was accused of infringing upon a Creative patent for the navigation of a music player like its iPod. Apple has admitted no wrongdoing, and will recoup some of the settlement money if other companies license Creative's technology.