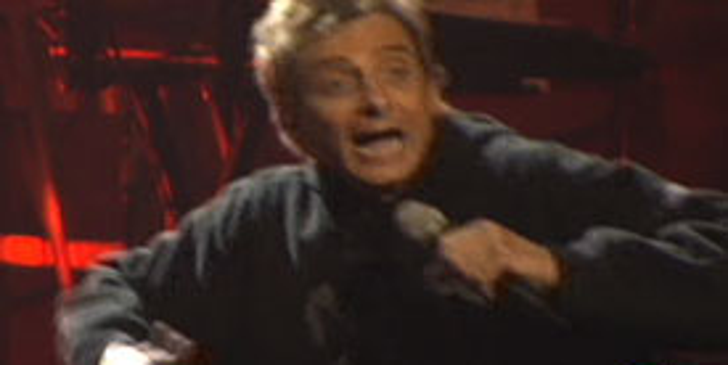 In its never-ending quest to provide you with the moments that everyone will be talking about Monday after the Emmys, TMZ offers: King of schmaltz-pop Barry Manilow.

The 60-year old crooner will be performing at the Emmy Awards on Sunday, and the drama of his performance might not be whether the Manilow can still hit the high notes, but whether he can get through it without falling flat on his face.

Manilow announced earlier this month that he was going to delay surgery on both of his hips until after the Emmy Awards, where he'll be participating in a special tribute to Dick Clark. The singer is also nominated for Best Performance in a Variety Show for his PBS special "Music and Passion." But the usually self-assured Barry recently said, "I'm anxious to make it through the Emmy Awards and then right to the hospital."

So it looks like it'll be a bit of a struggle for Manilow and his rickety hips, providing one of the more riveting, TiVo-ready moments of the telecast. Will he make it? And do you really care? Most of all, what Manilow classic performance will you miss the most if the legend is laid up for longer than we'd care to think about?