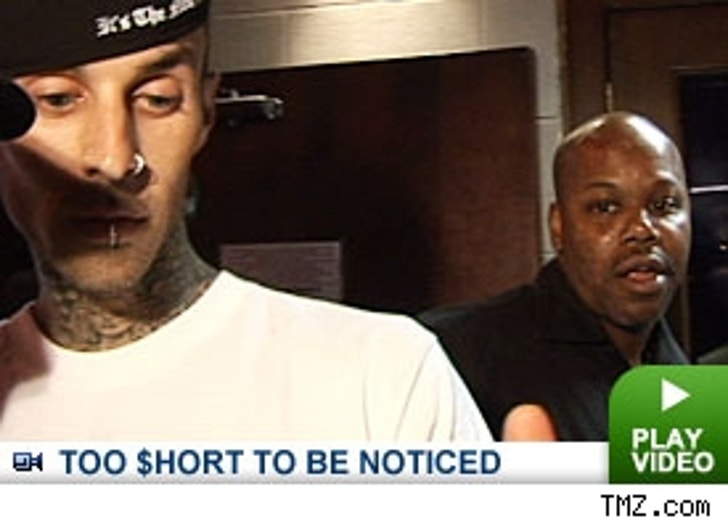 TMZ's cameras where rollin' in Hollywood Thursday night catching all the action going down.

We stopped by celeb favorite Il Sole restaurant where we ran into Rose McGowan and Courteney Cox-Arquette. Courteney, who was without hubby David Arquette, was mobbed by paparazzi and was escorted out by a security guard.

From there we went (where else), Hyde, where it was going off as usual. We spotted former Blink 182er Travis Barker leaving the trendy joint. Travis, who is going through a divorce with former Miss USA Shanna Moakler, was seen signing autographs for fans as one of rap's biggest stars passed by. The multi-platinum rapper and hip-hop icon was seen exiting at the same time as the rocker and went unnoticed by the paparazzi. Who knows? Maybe rap's favorite pimp is officially out of his league. (Although we doubt it)

We also caught up with "That 70's Show" star Danny Masterson, blonde bombshell Rachel Hunter and one of our favorite Jackasses Bam Margera.