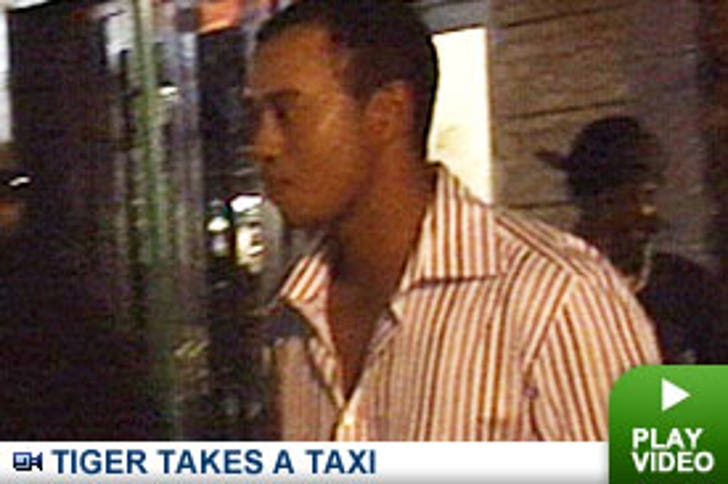 Tiger Woods won his fifth straight tournament on the PGA Tour yesterday just outside of Boston -- and didn't waste much time spending his nearly $1 million check. After finishing his round late in the afternoon, Woods cleaned up, jetted down to New York, and promptly celebrated his extraordinary victory at downtown hotspot Butter.

TMZ caught up with Woods as he finally took leave of the club alone, late last night, striding as purposefully to his ride home as he does up the 18th fairway. But it was extraordinary to watch the world's most famous athlete -- and a man worth a reported $300 million -- hop into a humble New York City yellow cab, just like the rest of us do.

Of course, not all of us could go ahead and buy the cab -- and probably the cabdriver as well -- with the change rattling around in our pockets.