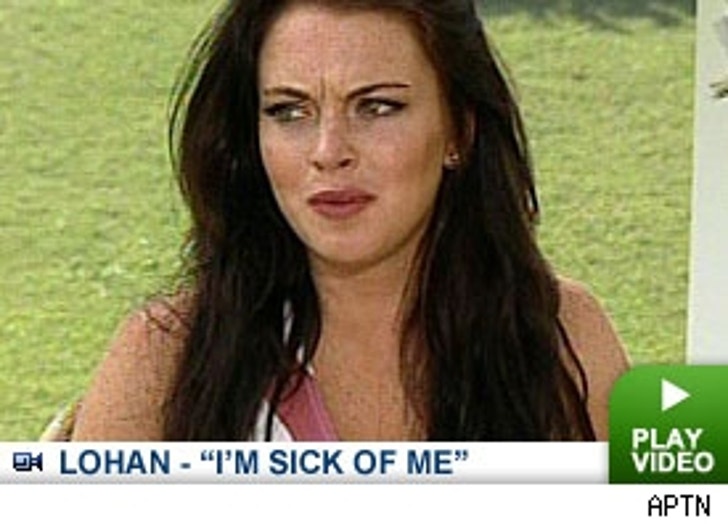 Michael Lohan tells "Inside Edition" he was taken aback by photos of his daughter on fellow cell-dweller's walls when he moved into New York's Collins Correctional Facility. Lohan told his jailmates, "That's my daughter, and because I'm here with you now, I'd appreciate it if you took it down ... Most would, but sometimes it took some persuasion."

Papa Lohan isn't the only one taking issue with Lindsay's face appearing everywhere though, Lindsay also chimed in during a press tour in Venice.

"I'm sick of me, so I just don't read it anymore," says La Lohan of her overexposure. "I would have lived 15 lives by now with all the things they've said, it's incredible."

The red-headed vixen admits the media attention is overwhelming but a necessary evil. "I'd rather have it than not have it, it's my life. The fact that people I don't know care about me enough to say things that are true, aren't true, that's kind of a nice thing. It's comforting in a way, I don't know where I'd be without it at this point."

Lindsay also shot down rumors of an engagement to Harry Morton -- "I'm not engaged ... but it's fun to toy with people, I might as well right?" -- and addressed the now infamous letter from the head of Morgan Creek -- "I hadn't read it until after it came out. We finished the movie, we weren't late, we were 40 days on time, on schedule ... It's about a movie not about a letter that was written that wasn't even true."