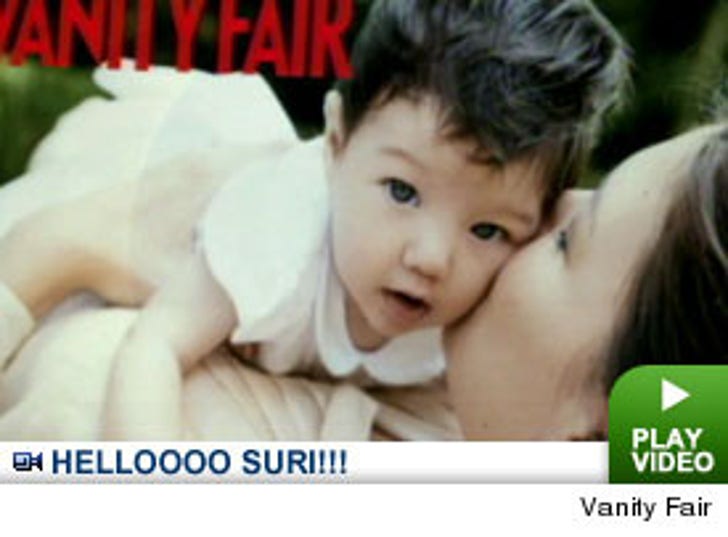 The first pictures of Suri appeared in Vanity Fair magazine today, and on the CBS Evening News last night, and our initial analysis of the long-awaited pictures has led us, and more than a few casual and professional observers, to the same conclusion -- that somewhere in the gene pool of Tom Cruise and Katie Holmes, some Asian influence has crept in. (As Jossip cheekily posits, "In six years, Vanity Fair will have the story about why Suri has Lucy Liu's eyes." And Gawker posted an Asiatic-looking parody shot of the baby that subsequently spread around the Internet and prompted a disclaimer.)

The delicate, almond-shaped eyes, the milky, pale-ish skin tone, the striking mane of dark, dark hair -- these are the characteristics that have pointed us down this line of inquiry. (It should be noted that, yes, babies tend to look fairly like one another at this early stage, but still.) As far as we can determine, there isn't any Asian blood in either Tom or Katie's family, but that doesn't mean some Far Eastern seed hasn't seeped in somewhere along the way.

Of course, if her parents were really Asian at all, they'd probably have taken into consideration that Suri means "pickpocket" in Japanese and something very close to "renovation" in Korean. That wouldn't be such an auspicious beginning.