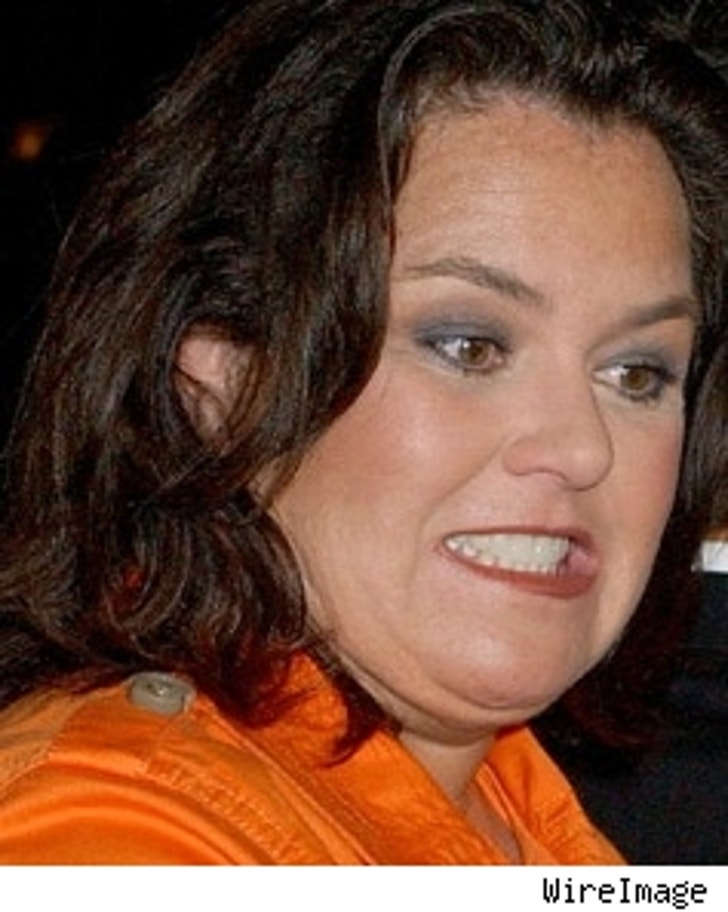 For all the hype and the uncertainty about what might happen on "The View" once Rosie O'Donnell arrived, one thing's for sure: A lot more people are watching, at least according to the ratings for Rosie's first day.

Rosie's debut on Tuesday attracted 4 million viewers nationwide, which was a 54 percent jump from the same day a year ago, when the show attracted 2.7 million viewers, reports the New York Post. What's more, the show also increased its numbers among its sweet-spot audience, women 18-49 years old.

Of course, it's been a good week for debuting talk and news programs. Katie Couric's first night as the anchor of the "CBS Evening News" drew a huge 9.1 rating, more than doubling the rating from the year before. And "The Ellen DeGeneres Show" opened its fourth season on Monday with a record 3.3 rating, which was nearly 30 percent better than its season premiere from 2005. 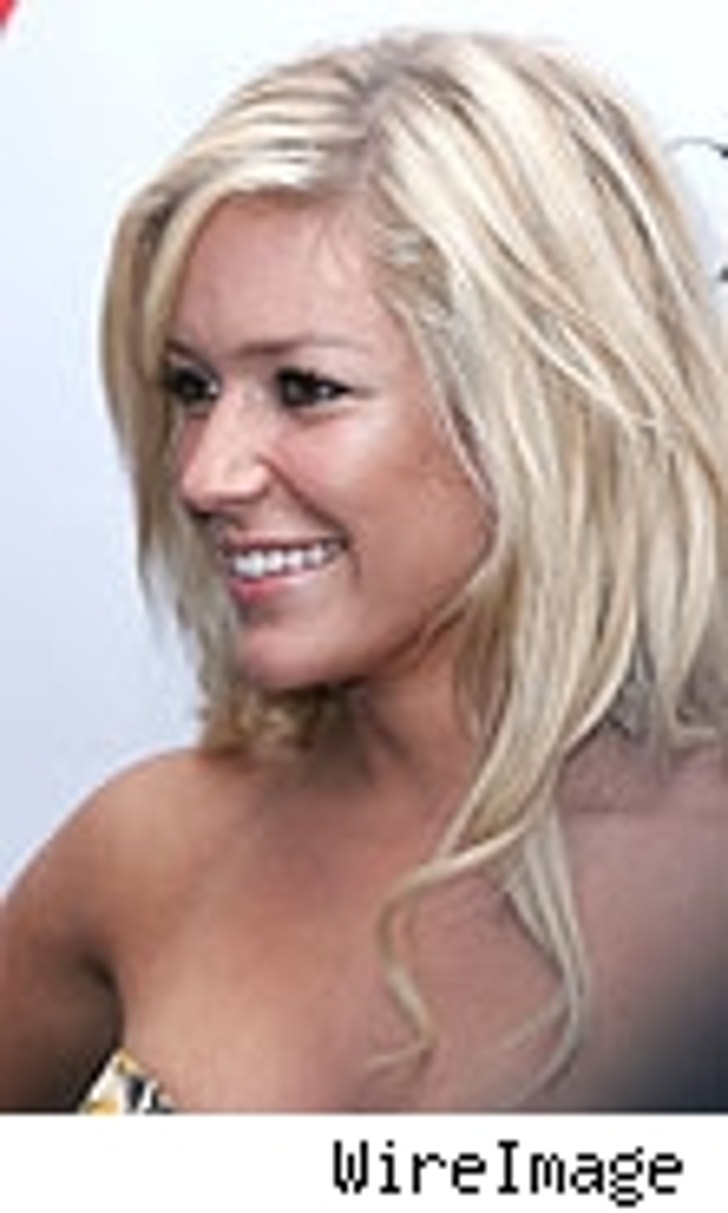 Just as things appear to be heating up between Nicole Richie and Brody Jenner, it seems that Jenner's ex-girlfriend Kristin Cavallari and Richie's ex-fiance Adam "DJ AM" Goldstein might be getting together as well. Two separate sources today report that the pair, in New York for a Guess anniversary party and other events, hung out together at celeb-boite Bungalow 8. Lloyd Grove says they were there until 4 a.m. "cuddling" while Page Six says Cavallari "chatted up" Goldstein until 3. Still, they did arrive at Capitale for the Guess gala together, though AM's rep insists that the two are "just friends." 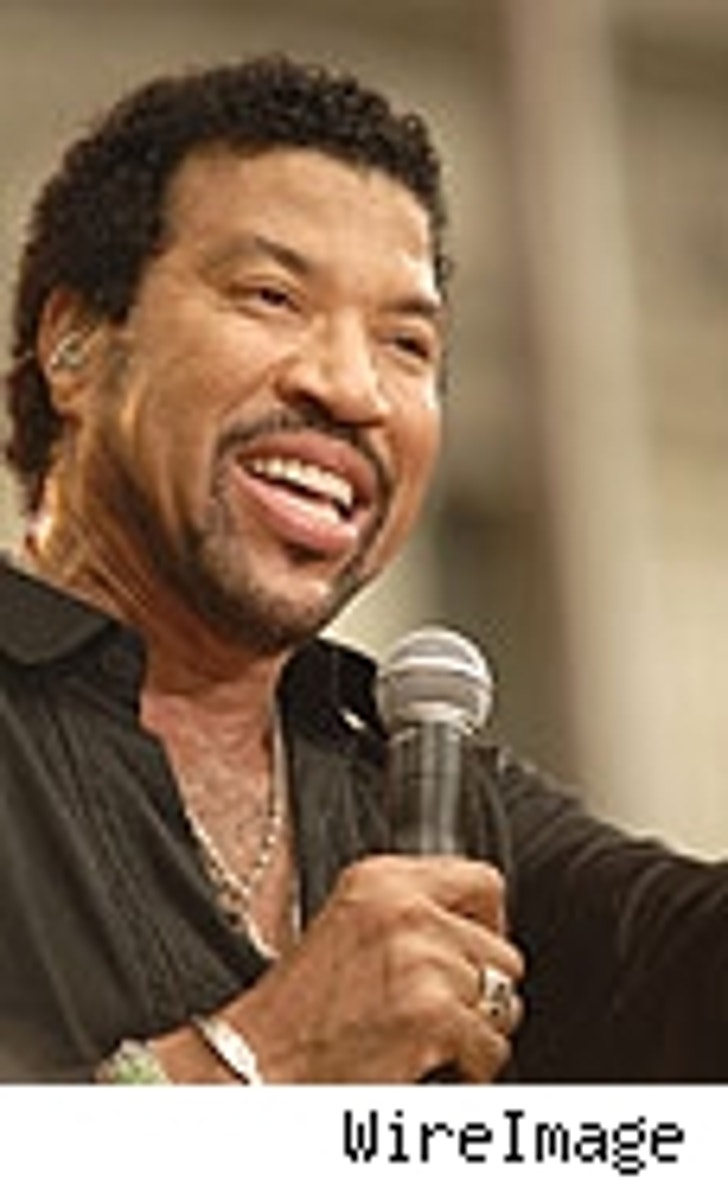 Lionel Worried That Nicole Will Become Next Princess Di

Meanwhile, pop legend Lionel Richie says that he took his daughter Nicole to a doctor because he was worried about her dramatic weight loss, and that the doctor assured him that she isn't afflicted with anorexia, despite the pictorial evidence. "I stood in front of [the doctor], just like you and I now, looked him in the eyes, and I said 'Is it anorexia?'" says Richie, in the Swedish newspaper Expressen (via MSNBC). "And he said, 'It isn't anorexia.'"

Lionel attributes Nicole's weight issues to stress, and says that he lives "with the constant fear that Nicole is going to become the next Princess Diana" because she is followed so relentlessly by the paparazzi. "I always know when Nicole is on her way home because she is always followed by a helicopter and seven cars. It's harassment," says Richie.

David Letterman will be coming to your late-night TV screen for at least four more years. According to sources cited by the Hollywood Reporter, Letterman is "close to finalizing" a contract extension with CBS that will keep him as the host of "The Late Show with David Letterman" through the 2009-2010. There was never any doubt that the deal with be made, says the sources, and it will keep Dave on the air one year longer than Jay Leno, who is slated to finish his tenure on "The Tonight Show" sometime in 2009.

This round of negotiations stands in stark contrast to the last time the two sides had to make a deal over four years ago, when Letterman felt underappreciated by CBS and nearly jumped ship to ABC.

According to the White House, former "American Idol" runner-up Clay Aiken has been named to the President's Committee for People with Intellectual Disabilities. The committee was originally formed in 1961 by President Kennedy as the President's Panel on Mental Retardation. Aiken has worked as a YMCA counselor ... Andrew Lloyd Webber, Steven Spielberg, Dolly Parton, Smokey Robinson, and conductor Zubin Mehta have been anointed this year's Kennedy Center honorees ... Paris Hilton's grandmother, according to a new book about the Hilton family, was married to a notorious gangland figure when her daughter Kathy – Paris' mom – fell in love with her dad, says Page Six. The underworld figure isn't named, but Paris has talked about her grandmother being "her best friend."