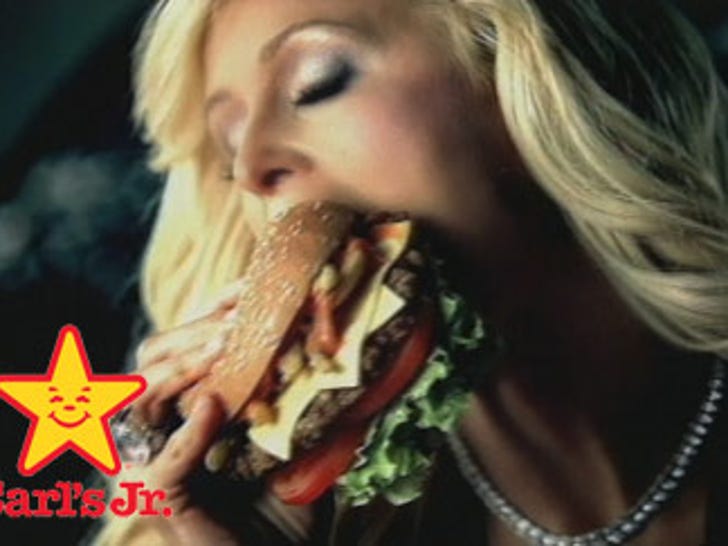 Welcome to another September 11th.

Five years after steel and glass became scrap and ash in New York, Washington and Pennsylvania, most of the press has focused on how to replay, if not outright relive that horrible day.

At one end of the spectrum, CNN's offering you their real-time coverage of everything they actually covered that day - a grim menu of harrowing and heartbreaking coverage that I'd be shocked if more than a handful of people decided to re-watch.

At the other, ABC last night offered a fictionalized revisionist history that was marred by partisanship and compromised by half-truths (if you listen to the Democrats) and spot-on cinema verite (if you believe the Republicans).

Welcome to the legacy of 9/11: Cultural guerrilla war.

Several headlines from over the weekend today pop out of my myriad RSS feeds to prove that point.

-- Here in California, the BBC reports that "a life-size replica of a Guantanamo Bay detainee has been placed in Disneyland by 'guerrilla artist' Banksy. The hooded figure was placed inside the Big Thunder Mountain Railroad ride at the California theme park last weekend." (No doubt, the the delight of Michael Winterbottom.)

-- At the Toronto Film Festival, Reuters today reports that Gabriel Range's "controversial British film "Death of a President," a fictional documentary showing the assassination of President George W. Bush, had its first public showing on Sunday" where it was applauded.

-- Even in normally-anything-goes Amsterdam, the BBC also observed that, incensed by her mock re-enactment of the crucifixion, "a 63-year-old Dutch priest has confessed to making a hoax bomb threat in an attempt to stop a concert by US pop star Madonna, prosecutors say."

Over the weekend, I got a chance to sit down with some friends and view Mike Judge's thwarted masterpiece, "Idiocracy," a film that can be described as the most cheerfully virulent indictment of American consumer culture to date. 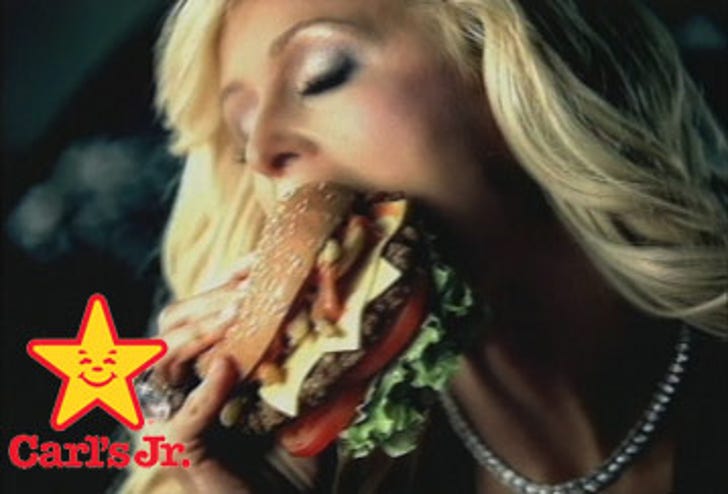 Unlike Banksy, "Borat" and anyone else who dares to lampoon humankind's predilection for irrational hatred for its various beliefs, Judge's "sin" was far greater: Judge attacked brands, those things which make the world go 'round. Fox's upcoming Sacha Baron Cohen film, "Borat" is just as scathingly funny, but it relegates its terrifying satire to religious bigotry, not global brands. And that's how the studio likes things: Failing a massive tie-in for corporate marketing, brands should be treated with reverence, even in comedies, i.e. "The Devil Wears Prada."

No doubt, companies like Carl's Jr. and Starbucks lent their logos and likenesses to Fox on the supposition that they'd get the E.T. / Reese's Pieces treatment: Vast exposure with minimal controversy.

(Update: Not so. See Carl's Jr.'s official response below.)

Instead, they got an on-screen depiction of Carl's Jr. taking custody of an indigent mother's children after she fails to scrape together enough cash for Carl's Jr.'s Big Ass Fries. Starbucks, of course, got to witness their global coffeehouse turned into a global whorehouse, one offering handjobs under the sobriquet of a "full body latte."

And yet: both word of mouth and reviews on "Idiocracy" have been great, so why is it on only 130 screens where it managed - without a single print or TV ad, natch - a decent $1,800 per screen?

My initial guess? The lampooned brands called Fox's marketing department and informed them that Fox could do whatever it wanted with Mike Judge's movie, but they'd never again work with the studio if the movie got -- to use a line that might make Starbucks cringe -- "a full release."

But no: Anne Hallock, a spokeswoman for CKE, the holding company of Carl's Jr. insists though they weren't consulted about the use of their brand, "We're not concerned about it, and we look forward to seeing it if it gets a wider release. We're just flattered to be included 500 years in the future. It sounds like a funny movie."

"Idiocracy" production designer Darren Gilford told the AP that Fox's treatment of the film both "shocking" and "mind boggling." But that's without considering the fear that Hollywood suits have of alienating brands.

As I waited for the film to start Saturday night, an old advertising slide had made its way onto the screen. It was for 2004's "Terminator 3," and the movie's tagline read, "On July 4th, the Machines Will Rise."