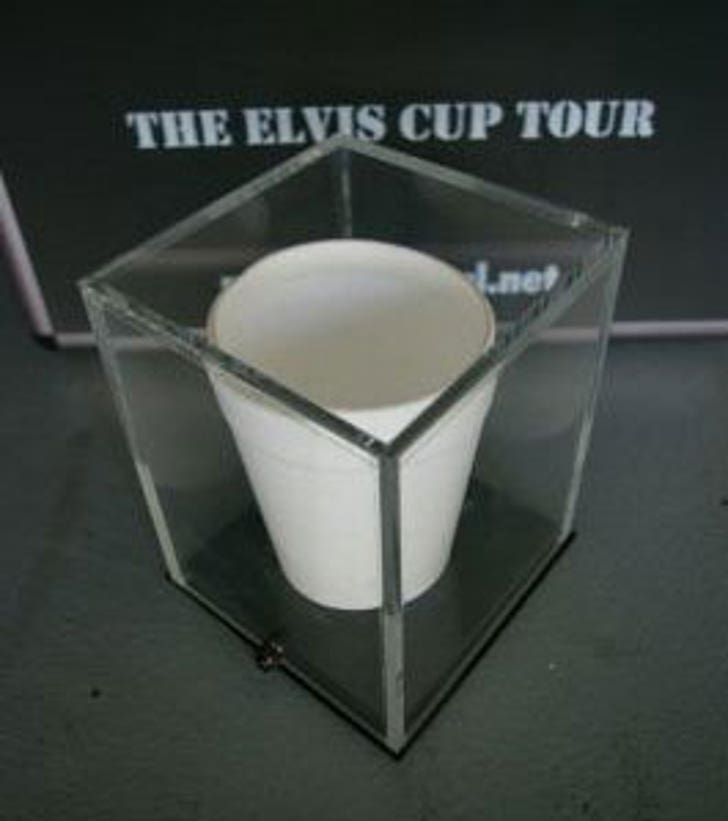 We've eagerly been waiting here at TMZ for our chance to own a cup that may (or may not) have been used by Elvis Presley. Now that chance to spend all of our hard earned cash on a Styrofoam cup has arrived.

For a starting bid of $56,000, you too can own the world famous Elvis Cup. That's right -- for the price of a luxury German sedan, you can own the cup the King himself allegedly drank from at a 1977 concert.

Wade Jones, the man who saved the cup from obscurity, has already auctioned off three teaspoons of water from the the cup for $455 back on Christmas Day 2004. Now Wade is going for the whole enchilada and selling the cup that has brought him so much joy over the years.

Now all we need is an Elvis plate and some Elvis utensils and we'll have ourselves an Elvis dining set.