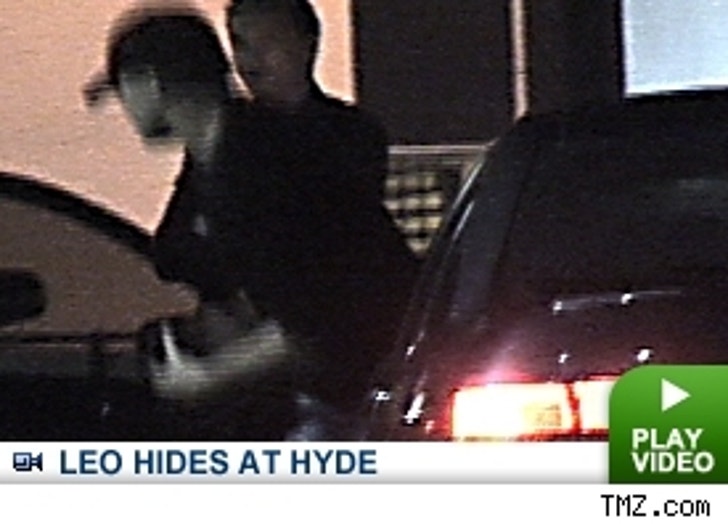 If you don't know much about Leonardo DiCaprio, you might wonder why this millionaire is getting out of a Honda.

But if you're a Leo-fanatic, you surely would know that as an avowed environmentalist, DiCaprio only drives electric or hybrid vehicles. In other words, Toyotas and Hondas, not Mercedes or Ferraris.

But cars aren't the only thing that create noxious fumes. When Leo dashed out of the nightclub Hyde, he took with him a girl in a white dress, who our cameras caught moments earlier puffing on a cigarette.

Leo won't tolerate a smoking auto, but his standards are evidently lower for blondes in short skirts. She may have been smoking, but she was also smokin' hot.