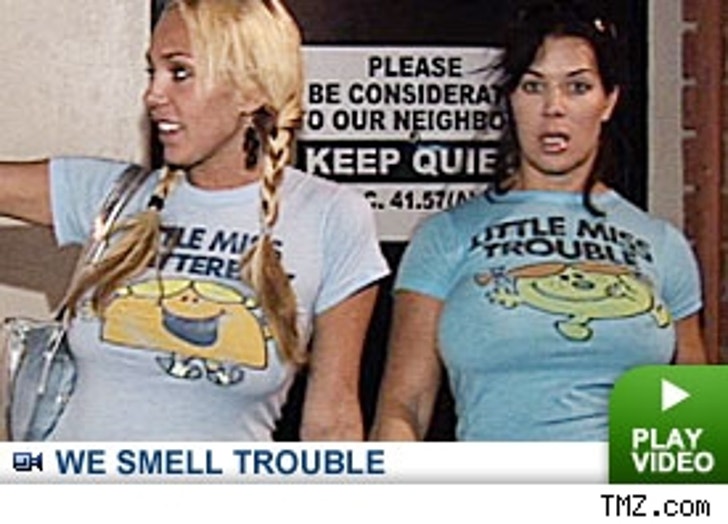 The two busty women were dressed in matching (and ridiculous) outfits, flirting with everyone they could, including each other, on their way out of Hollywood hot spot Shag. At one point Mary even grinds against Chyna, lifting the wrestler's skirt to an even more inappropriate length.

For Chyna though, the real fun started once they got in the car where she was spotted making out with an unknown male (poor thing), straddling him in the back seat as they drove off.