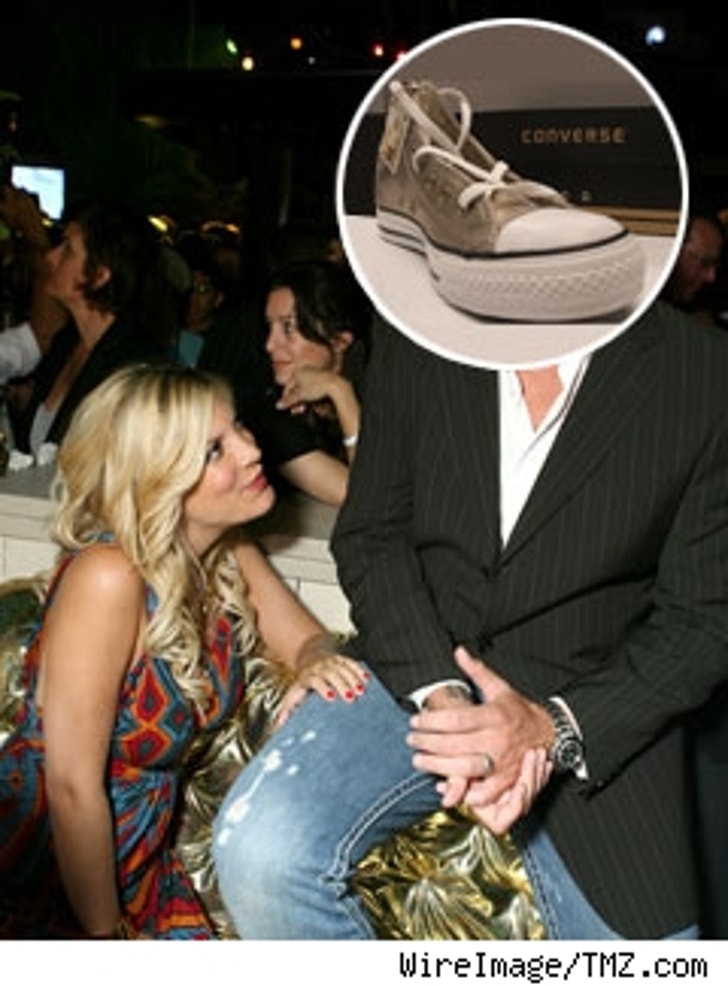 Tori Spelling has a thing for free stuff, and who could blame her? She and husband Dean McDermott hit the party to launch AOL's GoldRush last night in Hollywood and Tori was all about the golden goodies.

Party attendees received gym bags provided by Coca Cola, mini martini sets, gift cards for Best Buy and iPod Shuffles. But Tori's favorite item were a pair of gold All Star Converse. She was so determined not to leave with the wrong size, she tried on several sizes until she finally found a pair that fit her perfectly -- a men's high top, size 4. Talk about trendsetting, once Tori broke the ice and tried on the shoes in public, everyone else became a little less inhibited and just followed her lead. Way to keep it real Tor!