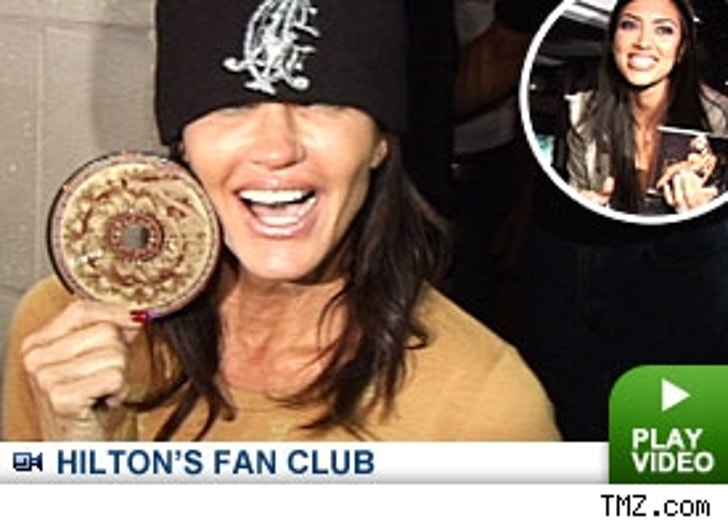 Though she had plenty of friends with her, Paris Hilton did forget one thing after heading into Hyde -- her own album.

Luckily for the heiress, she has friends like Kim Kardashian in her entourage. The busty brunette made a run to the car to grab Hilton's self-titled album, telling photographers, we "gotta listen to Paris Hilton's CD in the club!"

After the CD was presumably played on the club's speakers, the album was handed off to the always ridiculous Janice Dickinson who happily showed off her new present as she made her way out the door. Telling the crowd "I miss Paris Hilton's CD" or "I'm Ms. Paris Hilton's CD" -- we're not sure which but neither makes much sense -- Dickinson adds, "She's afraid to walk out with me."

With Janice's train wreck ways, we don't blame her.