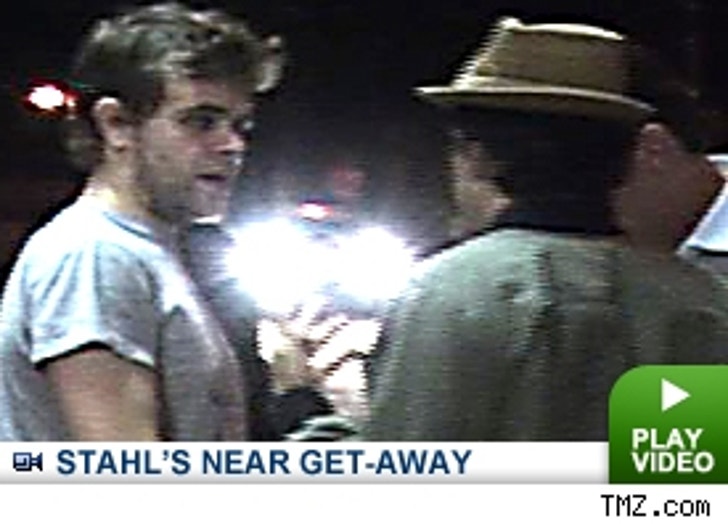 Nick Stahl was chased down the street over the weekend by what appeared to be either a Leprechaun or a bouncer at Hyde.

It seemed Nick had failed to pay his bill at the club, and the actor was asked to return to the scene of the skip-out to make things right.

Judging by the look he shoots his friend, Nick wasn't happy about being walked back into the club by the man in the funny hat. Sorry Nick, but when you're famous they always spot you leaving.

A rep for Nick tells TMZ it was no big deal. "He signed the bill paid for his tab and took the wrong copy." Darn... hate it when that happens.