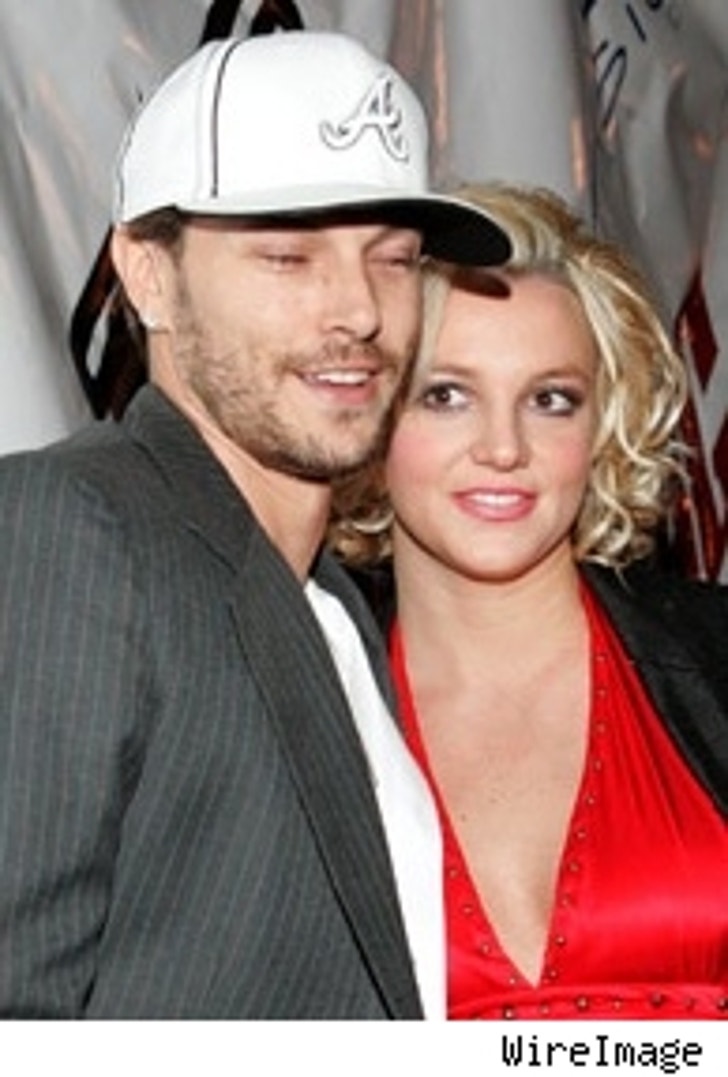 Last night's episode of "Law and Order" had tongues wagging that it might hit a little too close to home for Britney Spears and hubby Kevin Federline. In the season premiere of the long-running show, a blonde pop star named Skye Sweet is worried that paparazzi photos of her dropping her baby daughter in the park are going to be made public. Not only that, her husband is a white rapper with dreadlocks who goes by the name "J-Train."

Turns out that those photos aren't the only thing Skye has to be worried about: Her devious husband had given her drugs at a club the previous New Year's Eve, then had let a photographer into the bathroom to snap photos of her while she took them. The plan was for him to use them as "collateral" in their divorce settlement, since he didn't get anything in the pre-nup. (There's never been any allegations of drug use in the actual Spears-Federline household.) Maybe Britney should start watching her husband even more carefully than she does now.

Sandra Bullock's stalker has applied for a 90-day leave of absence from a Tennessee mental health facility-and she's none too pleased about it. The man, James Weldon IV, entered the Middle Tennessee Mental Health Institute voluntarily in 2003, after he chased the star across state lines and sent her countless emails, faxes and phone calls. (There was also one more bizarre gift-he once mailed her a bottle of red nail polish.) Bullock asked for, and received, a restraining order against Weldon through 2009 that dictates he can't come closer than 200 yards from her in any state, but she's not taking any chances. E! Online reports that she's filed suit in Tennessee to ensure that she's notified exactly when Weldon gets released, so that she can take the necessary precautions against him.

Tom Cruise must be in love with "LOVE." For his mom Mary Lee's 70th birthday, he took her and 10 family members-including fiancée Katie Holmes and kids Conor and Isabella-to a performance of Cirque du Soleil's "LOVE" at the Mirage in Las Vegas on Friday night. The Cruise entourage headed backstage after the show, where the cast and crew greeted his mom with a rousing rendition of "Happy Birthday" and a present. (Cruise must like the show, which is a celebration of the Beatles' musical legacy as interpreted by the famous Cirque troupe-this is the second time he's seen it.) Also in the audience was "Star Wars" director George Lucas, with four of his family members.

One of the first big showdowns of the fall TV season has gone to ABC. The season premiere of "Grey's Anatomy" won its 9 p.m. time slot on Thursday night with 25.4 million viewers, handily beating CBS's "CSI," which had 22.6 million ... For the third year in a row, Fox's "American Idol" is the most expensive show on television-for advertisers, who will have to pay between $500,000 and $700,000 for a 30-second spot next season. And if they want to advertise during the AI finale, it'll cost them even more. This year cost $1.3 million and that's bound to go up, since over 30 million people watched last season's finale.