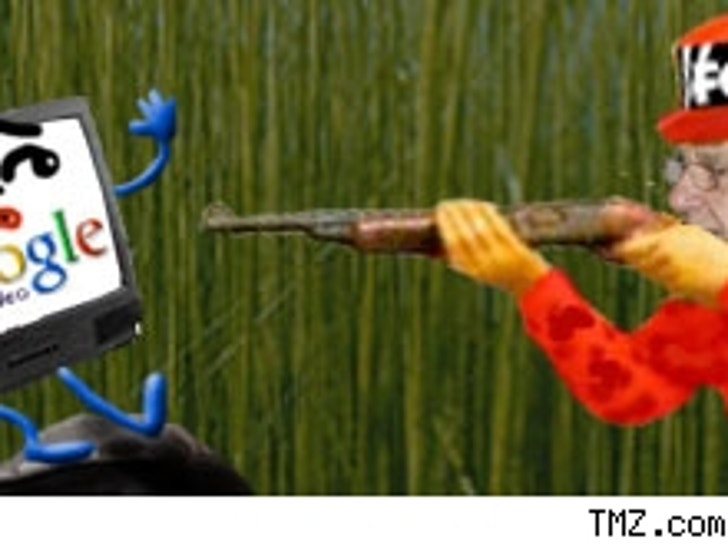 One of the downsides to Rosh HaShanah falling on a Sunday this year was that we missed Chris Wallace's being positively fricasseed by Bill Clinton on FOX News Sunday.

The former president undertook a shockingly unexpected but truly marvelous to behold flame-roasting of Wallace's disingenuous line of questioning about his Administration's failure to hunt down Osama bin Laden prior to 9/11.

Wallace: "Did you think you did enough, sir?"

Clinton: "No, because I didn't get him."

Clinton: "...but at least I tried. That's the difference between me, and some, including all the right wingers who are attacking me now. They ridicule me for trying. They had eight months to try. They did not try. So I tried and failed. When I failed, I left a comprehensive anti-terror strategy and the best guy in the country [Former counter terrorism adviser Richard] Dick Clarke, who got demoted. [pause] So, you did FOX's bidding on this show. You did your nice little conservative hit job on me...You people ask me questions that you don't ask the other side."

The video of the Clinton contretemps is now on Google Video, at this link; skip ahead to roughly the eighth minute (8:06) of the interview, and you'll see the fireworks.

But honestly, we don't bring this up to politicize City of Industry. We don't care if you're a Bushie or an F.O.B., or a Commie. Rather, it's to point out the power - and the pitfalls - of decentralized, viral video.

You see, last week, we saw a fascinating coincidental development: News came from CBS MarketWatch that Google Video was looking down the barrel of Fox Broadcasting's legal department:

"FOX Broadcasting... is looking into whether clips from its popular TV show, "The Simpsons," are appearing on Google Inc.'s video site in violation of a content-sharing agreement. There are now dozens of clips from "The Simpsons," FOX's animated feature "Family Guy" and other FOX programming available on Google Video -- each added to the site over the last two weeks or so, according to a review of the site. The "Simpsons" clip, along with scores of others that have found their way to Google Video this month, threaten to create problems between Google and its new partner, which owns FOX Broadcasting Co."

Stakes are high: Such disarray imperils a $900 million deal between News Corp. and Google reached last August, one wherein Google won the right to supply search features and advertising to My Space.com's 200 million users.

Of course, when Clinton took Wallace to the woodshed, the world promptly uploaded the video onto Google, many times over, just as it does whenever Homer Simpson says something funny, or Stewie visualizes matricide in a particularly amusing way on "Family Guy." We shudder to think what happens to Google's lawyers whenever something of interest happens on TV.

Or, as CBS MarketWatch put it so aptly, "...Google's showing how little control it has over its own features. The problems are likely to be magnified, because Google's recently unveiled a feature that allows users to post Google videos much more easily to My Space-created Web pages."

The irony of all this? FOX is annoyed about the lack of control Google has over pilfered video content, but can take some small consolation that "stolen" images will probably wind up "returned" to News Corp, by being posted on My Space - a News Corp. company.

Truly, what goes around comes around.