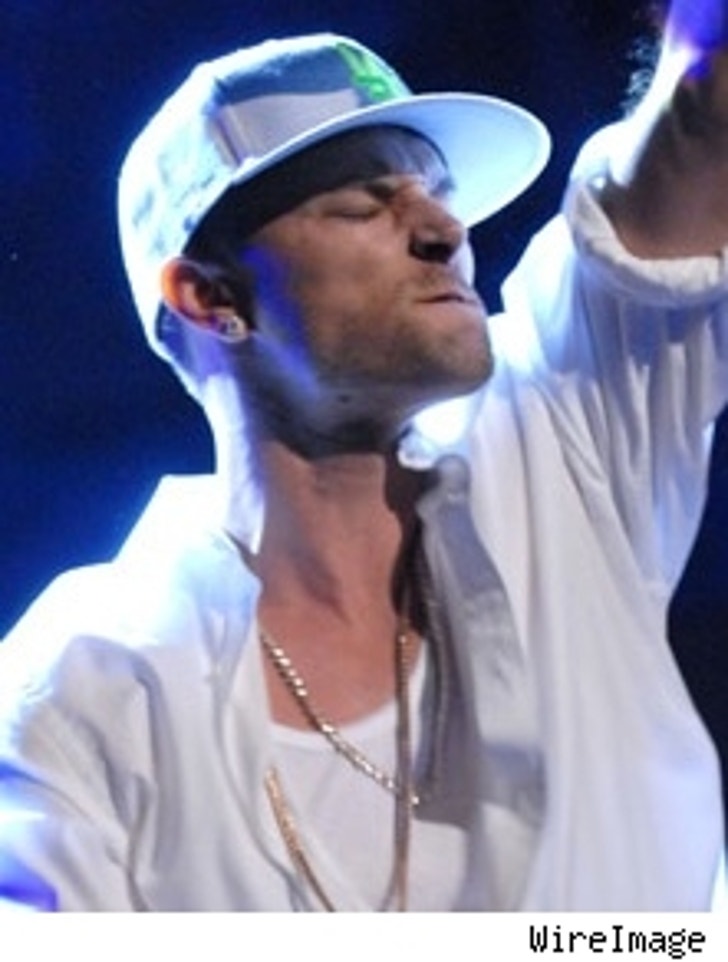 As if she didn't have problems to deal with, now Britney Spears is being dragged in to salvage her husband Kevin Federline's debut album by singing a duet with him on it. And, not surprisingly, K-Fed's decided to ditch "PoPoZao" -- his much-dumped-upon ode to the female rump -- in favor of the duet with Brit.

It was all the way back in January that Mr. Britney Spears unleashed his rapping talents on the world with "PopoZao," and it caused a minor stir then, mainly because of its unremarkableness – Billboard magazine called it "a monument to mediocrity." And, as MSNBC points out, one of the rappers who had claimed that he'd written some of the rhymes for K-Fed disavowed his role in the song after its release, saying, "I didn't have nothing to do with that, dog."

But K-Fed, according to WENN, might really be playing with fire with the song with which he's decided to replace "PoPoZao" – the song is called "Crazy," and it'll be on the album when it drops October 31.

Oprah Now Officially Every where

You watch her on TV every afternoon, you read her magazine, you've seen her on film and on Broadway – and now, if you need even more of her, Oprah's on the radio.

Starting at 10 am today, Oprah and Friends debuts as a new channel on XM Satellite Radio, but even though XM is paying the talk-show queen $55 million to put her name on the channel, Oprah's not going to be making very many live appearances. "She kind of the spiritual leader of what we're doing," explains the GM, John Gehron, to the Chicago Tribune. "All these things are her vision, and she guides it."

What's her vision? Well, the broadcasting will begin with Oprah and – who else – her BFF Gayle King doing what they do best – gabbing endlessly about what good friends they are – and will be followed by a panoply of Oprah's favorite guests, including Maya Angelou, Bob Greene, Jean Chatzky, and Dr. Phil.

The merry morons of "Jackass 2" once again emerged triumphant at the box office, bringing in an astounding $28.1 million to top the weekend box office heap, reports Variety, and exceeding studio estimates that had the film finishing around the same as its maiden gross-out voyage in 2002, which made $22.7 million. TMZ, of course, has had its own exclusive rendition of "Jackass" as performed by cast member Steve-O.

Coming in second and third were Jet Li's martial arts farewell, "Fearless," and the holdover football drama "Gridiron Gang." The adaptation of the Robert Penn Warren novel "All The King's Men" suffered from terrible critical response and word of mouth, debuting much below expectations, pulling in just $3.8 million despite a cast that includes Jude Law, Sean Penn, and Kate Winslet.

Triumph the Insult Comic Dog, foul-mouthed and inappropriate as ever, may just have gone after the wrong puppet this time. Robert Smigel, the voice (and hand) behind the raunchy cigar-chomping canine, performed a routine at new club Comix in New York, says Page Six, in which Triumph sexually assaults an Ernie doll – as in Ernie and Bert from "Sesame Street." And then, Triumph goes on to chide Ernie for having gay sex with Bert. The folks at Children's Workshop, who produce "Sesame Street," don't think it's so funny. "It's very inappropriate," says one insider to the Post, and an investigation is underway regarding the incident.

Well, that was quick: Aaron Carter decided that getting engaged to his brother's sloppy seconds wasn't such a great idea after all, and he's called off his engagement to former Playmate Keri Ann Peniche after just a week. "It was a hasty thing to do and I am not ready for marriage quite yet," says the 18-year-old Carter to Us Weekly ... South Park creators Trey Parker and Matt Stone tell Rush & Molloy that when they said that Saddam Hussein's jailers had made him watch the South Park episode in which he's featured as Satan's gay lover -- a tidbit that got picked up all over the world by media outlets – they were just goofing. But they'd be happy to help out if Amnesty International need their creative assistance.