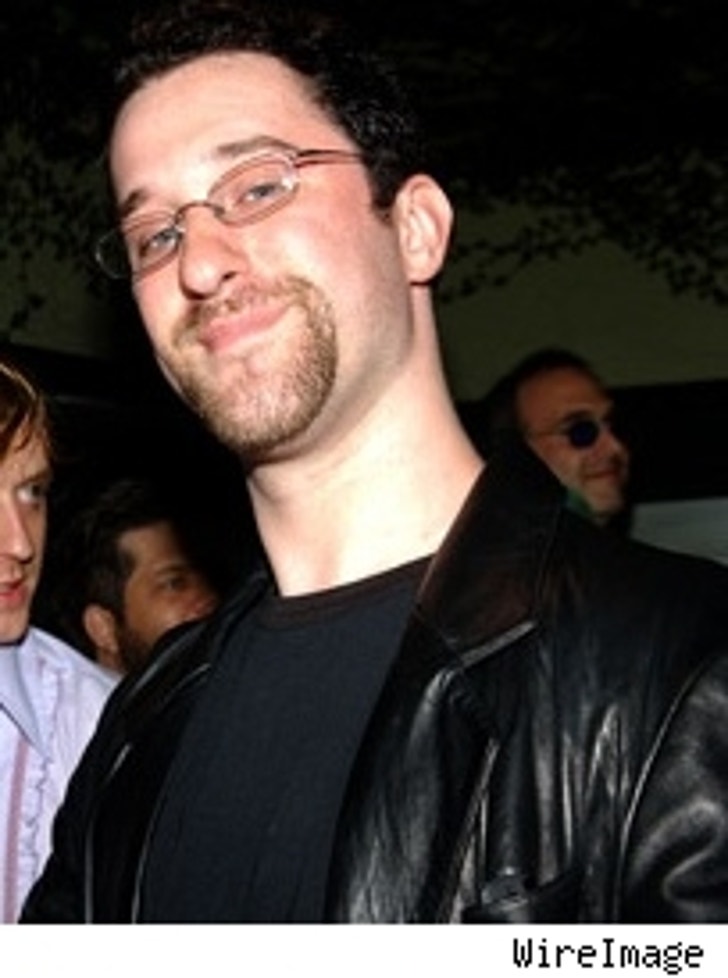 Tommy Lee, Kid Rock, Colin Farrell ... and Screech? If an alleged new sex tape is any indication, Dustin Diamond (aka Screech Powers from the classic sitcom "Saved By The Bell") isn't just a threesome-loving stud -- he gets down and dirty (and we mean dirty) with his hoochies.

TMZ has learned that a tape involving Diamond – who recently proclaimed to the world that he was completely broke – has allegedly surfaced in which the former TV star cavorts with two unidentified women. And even more shocking is an act that Diamond engages in with the women which involves bodily excretions and moustache-painting, known in sexual vernacular as the "Dirty Sanchez." TMZ learned of the allegation yesterday night, and called Screech's reps, who did not immediately return our calls.

Rush & Molloy report this morning that the tape is in the hands of Phoenix-based agent David Hans Schmidt, who has brokered other such celeb-skin deals, and that Schmidt is shopping the digital video tape around to Hustler and Vivid Video, among other outlets.

It might not exactly be Oscar-caliber work, but Diamond's manager, Roger Paul, seems to be at least a little happy about the development for his client. "Dustin has been trying to escape the Screech typecast. So this may help me get more bookings," says Paul, who says he hasn't seen the tape.

Oscar winners George Clooney and Renee Zellweger met up not long ago at LA's Tower Bar, and the question is: Were the former couple doing business, or were they "doing business," if you know what we mean.

It depends on whom you believe. Page Six suggests that the couple – who dated several years ago before Renee's marriage to Kenny Chesney – got rather cozy during their evening together. They "cuddled, held hands, and then slow danced to the piano music," says the Post's spy. But according to Rush & Molloy, the two were just discussing work, as Zellweger's in talks to star in Clooney's football film "Leatherheads." No word from either star's rep.

So much for Michael Jackson shacking up in Bahrain. It appears, according to Roger Friedman of FOX News, that the King of Pop has bid farewell to the Prince of Bahrain, Abdullah, his former business partner and benefactor. Jacko left Bahrain back in May, and the two have severed all business ties to one another. The Prince's people say that he shelled out as much as $3 million for Jackson during his time in Bahrain; Jackson's camp counters that Prince Abdullah prevented Jackson's charity single "I Have a Dream" from being released because he wanted more "female voices" on the record, which counted Ciara, Snoop Dogg, and Keyshia Cole as contributors.

Jake Gyllenhaal and Reese Witherspoon are in final negotiations, says the Hollywood Reporter, to star in New Line's "Rendition," the follow-up by Oscar-winning director Gavin Hood to "Tsotsi." The story involves a CIA analyst (Gyllenhaal) who witnesses an interrogation and finds his life spinning out of control ... Kari Ann Peniche was engaged to his younger brother for about a week, but she said on Sirius Radio that Aaron Carter has "emotional problems" and that she really wants him to "get healthy and happy" ... Alec Baldwin is once again being accused of throwing tantrums and making people's lives difficult on the set of "The Girls' Guide to Hunting and Fishing," and Sarah Michelle Gellar, who publicly defended him earlier this summer, is, according to Page Six, said to be fed up too. Gellar's rep says it's untrue.