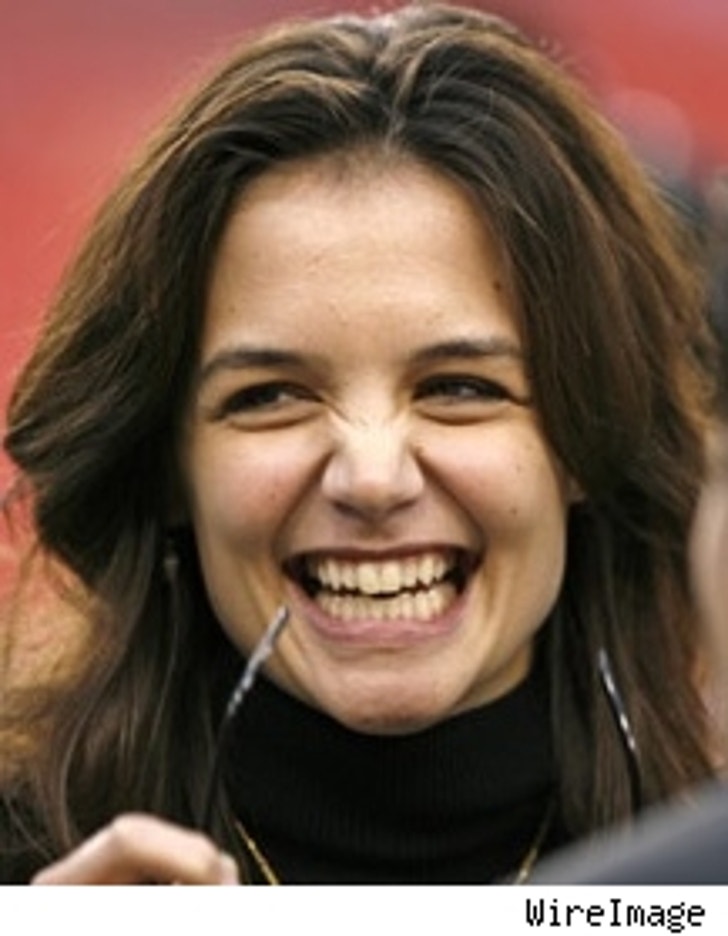 Could it be that Katie Holmes has gone through a dramatic weight-loss regimen to get herself in shape so she can pour herself into a wedding dress? According to a report this morning, her baby daddy/fiance Tom Cruise has been "eager" to get Katie to get fit, and that evidently she's done him proud.

"Katie has lost a lot of weight. A lot," tells an observer to MSNBC's Jeannette Walls. "I've heard that Tom was eager to get her back in shape. Looks like she made him happy. And then some." The prevailing buzz, of course, is that a TomKat wedding is imminent, and Cruise's rep Arnold Robinson has maintained all along that the pair will be getting married sometime this fall. 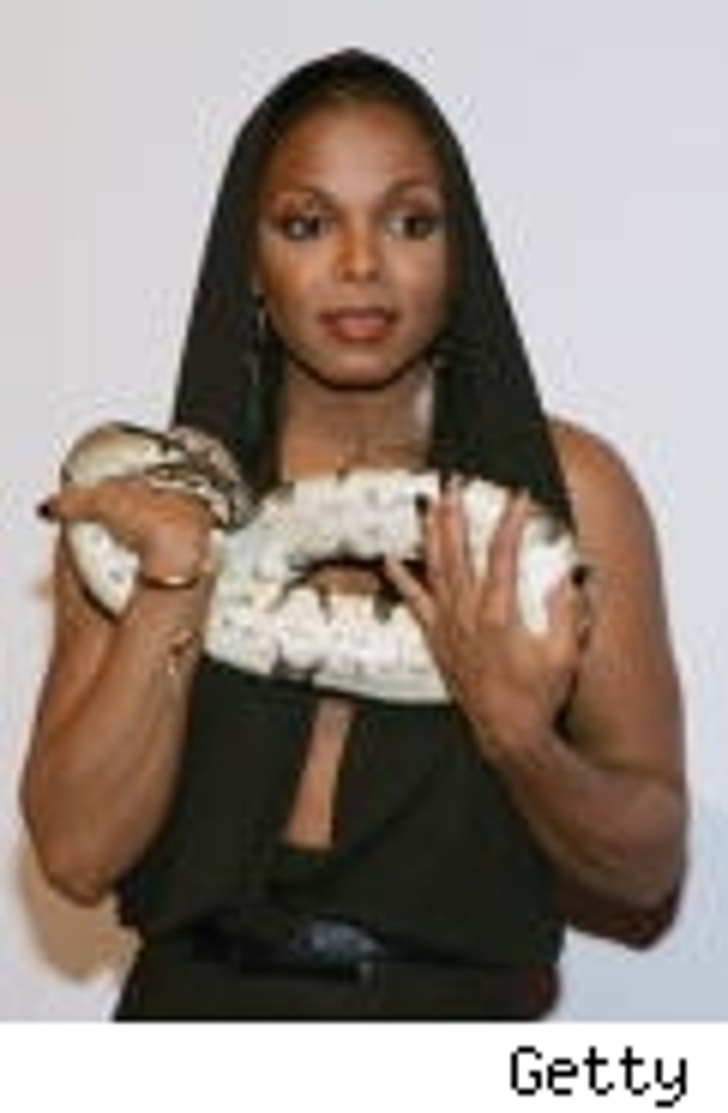 Oh, Really? Janet and Justin Conspire
Even though Janet Jackson hasn't exactly shown piles of affection recently towards Justin Timberlake, her partner in crime in the famous "wardrobe malfunction" of the 2004 Super Bowl halftime show, a report this morning suggests that she and Justin are cooking up a big surprise reunion as a publicity stunt.

According to Page Six, the two pop idols' camps are in talks to get the pair together in "some sort of big, live show like the Grammys or the Oscars." The pair, as Janet has been saying recently as she promotes her new album "20 Y.O.", haven't really talked since that fateful day, and Janet also told Oprah that she was none too happy that Timberlake didn't stick up for her after the deluge.

Both star's reps denied any knowledge of a reunion.

Whether playing a cartoon deer or a Coast Guard rescue swimmer, Ashton Kutcher reeled in the audiences this weekend, as both new releases featuring him (or at least his voice) finished at the top of the box office. The animated comedy "Open Season," also featuring the voice of Martin Lawrence, finished first, with a debut take of $23 million. "Season" was the first release for fledgling Sony Pictures Animation.

Meanwhile, Disney's "The Guardian," in which Kutcher co-stars with Kevin Costner, opened with a healthy $17.7 million weekend. Last week's top finisher, "Jackass Number Two," dropped to third place with $14 million, giving the prankster pic a ten-day total of $51.5 million. And another debut, the comedy "School for Scoundrels," opened in fourth at $9.1 million. Overall, the top 12 movies brought in $85.1 million, up 13 percent from the same weekend last year.

It's an unlikely match, but young business tycoon Ivanka Trump could be cyclist Lance Armstrong's latest conquest, if Page Six is to be believed. Ivanka's been out in LA shooting the latest edition of "The Apprentice" and will be the new spokeswoman for Tiffany, and lips are flapping that the pair are dating ... Martha Stewart could be headed for the operating room after the current season to replace a bum hip, according to a source in Lloyd Grove's column. But Stewart's rep says, "There are no plans for surgery. She has a torn muscle, and she's waiting for it to heal." ... Supermodel Petra Nemcova may have had boyfriend James Blunt by her side, but, report Rush & Molloy, that didn't stop a couple of Wall Street guys from getting into a fierce bidding war over her. The winner ended up shelling out $21,000 for dinner with the beauty, who's donating the sum to the Happy Hearts Fund, her charity that helps children who have suffered in natural disasters, just as she did in the 2004 Asian tsunami.