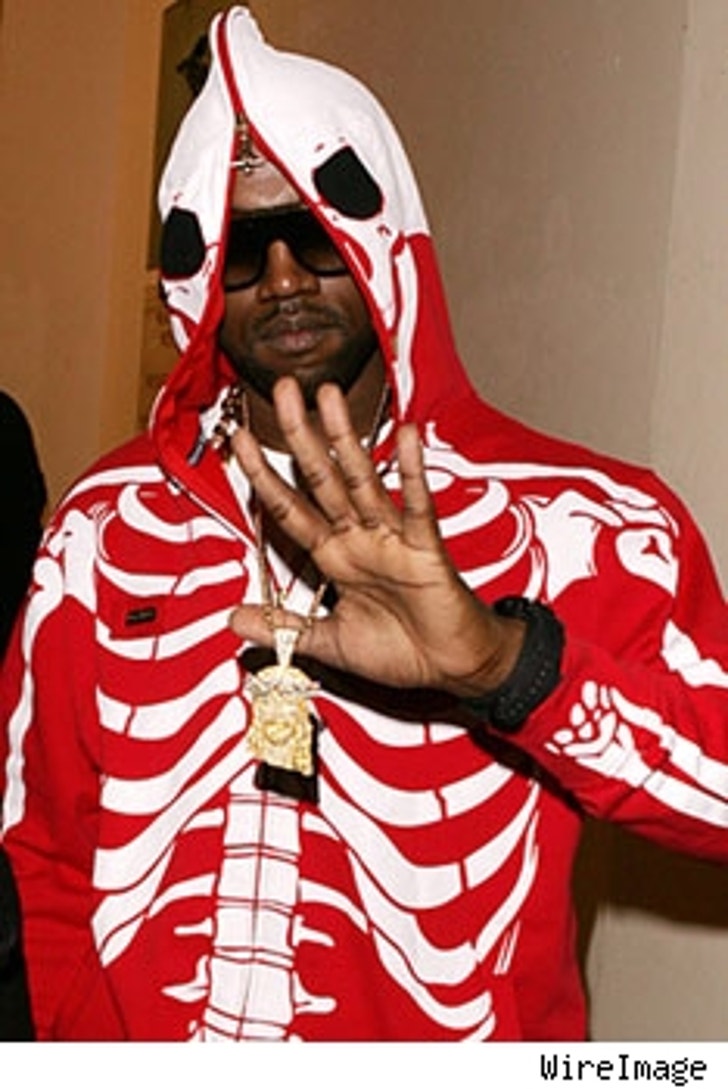 Halloween has apparently come a bit early for Kanye West.

The rapper, known for his interesting fashion statements, showed up to a Stella McCartney fashion show resembling a skeleton ... literally.

Wearing a red sweatshirt covered with bones and a hood that zipped up to show a skull, Kanye looked more prepared to go trick-or-treating, rather than sit front row at a Paris Fashion week show.