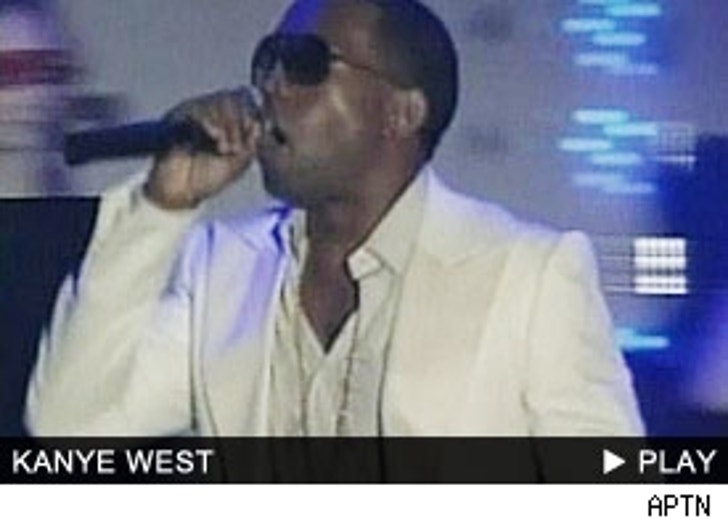 Kanye West kicked off the Cipriani/Deutsche Bank Concert Series, a concert a month series in New York with all proceeds benefiting amFAR (the Foundation for AIDS Research).

It's no surprise that West brought out a full crowd, but he probably didn't expect a supermodel, British royalty and a couple of A-List actors to be part of the audience. Celebs like Terrence Howard, Adriana Lima, Josh Lucas and the Dutchess of York (aka Fergie) were on hand and all showed their love of the hip-hop star.

"The fact that he believes in himself and he knows what it is like to recover from something very traumatic and to come back and be on top of the world. I admire the human spirit of that," said Howard of the "Touch the Sky" singer.

And while Terrence proved he can sing in "Hustle and Flow," "Poseidon" star Josh Lucas showed he probably doesn't have a rapping career in his future when trying to do his best imitation of "Gold Digger."

West performed for more than an hour and brought special guests Nas and John Legend on stage.